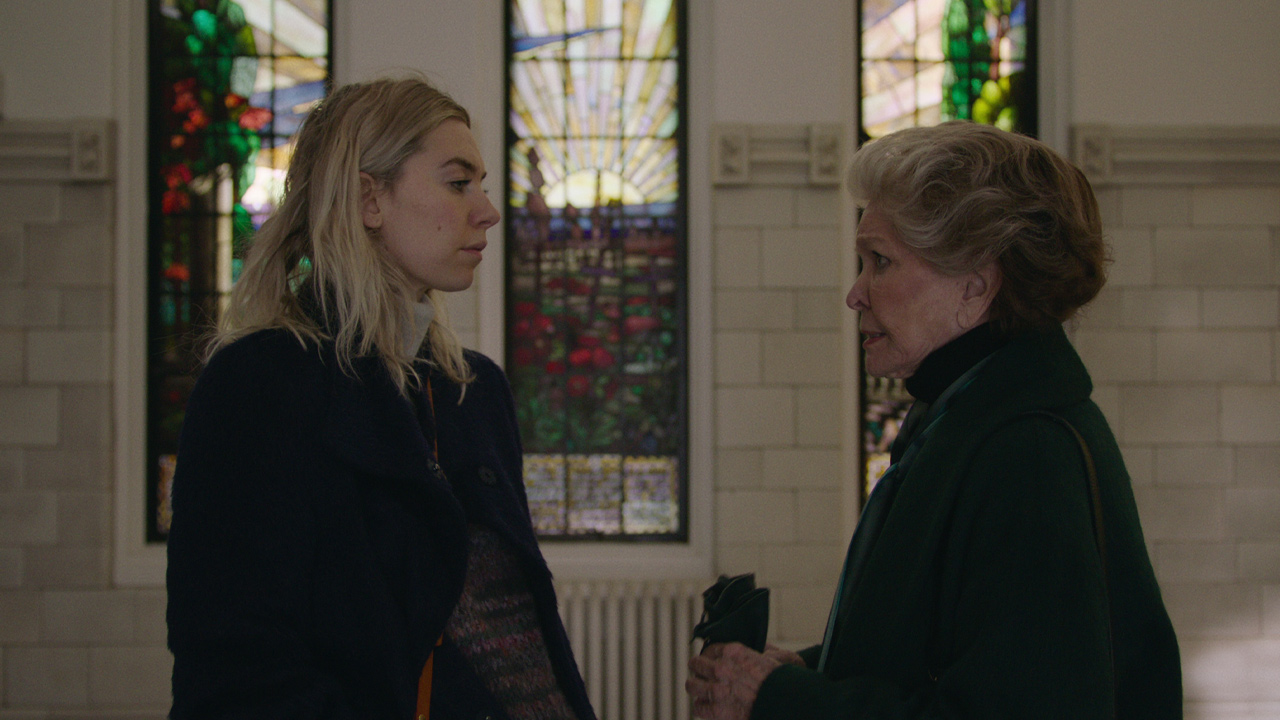 Whether it’s meditating your way to Zen, learning the history of swear words, or attending magical boarding schools, Netflix Canada has all that you need to start 2021 off on the right foot (And it’s your very last chance to catch Crazy Rich Asians! Hurry!)

Everything that’s coming to Netflix Canada in January 2021

A brand new year is here, with all sorts of new and exciting opportunities ahead. New faces, and new places, and maybe even some unexpected joys. I think we all deserve a chance to make this coming year the best one yet.  Somehow the pandemic managed to grind all my trademark cynicism down into…optimism? Who knew this was all it took (literally all of my ex-boyfriends).

Read this next: Your Definitive Guide to Streaming Sites in Canada

January is typically a pretty sleepy release window for most streamers, but there’s still buzzworthy content on Netflix Canada’s slate. Popular martial arts dramedies! Guided meditation classes! Creepy serial killer true crime! All available for you, plus so much more.

So duck under a cozy blanket, grab a snack and ease your way into the new year. You deserve it. Here, my top picks for what to watch on Netflix in January.

This Karate Kid spin-off, which started as a YouTube Red sequel series that was then picked up by Netflix and—like CBC’s Schitt’s Creek and Lifetime’s You before it—transformed into a bonafide hit. And like those shows, it’s actually good! Netflix has now commissioned a third (and fourth) season of the martial arts dramedy about Karate antagonist Johnny Lawrence (William Zabka), so expect this to be the series grabbing the eyeballs this month. (I also have an inexplicable crush on Zabka, which reminds me that I should probably book a therapy Zoom soon.)

Do you ever find yourself drifting off to an ASMR video on YouTube, and suddenly an ad pops up featuring adorable little shapes with British accents telling you to breathe more deeply? Those ads are for the incredibly successful meditation app Headspace, which has now spun itself off into an eight-part Netflix series! Join former Buddhist monk and current Headspace co-founder Andy Puddicombe as he leads us through the science of relaxation, mindfulness techniques and guided meditation sessions. (This series will be one of three to be released through Netflix, with the next focusing on sleep and the final being interactive. Exciting!)

Now that you’ve uncluttered your mind with Headspace, you can unclutter your home by divesting yourself of all material goods! It’s almost like the brain queens at Netflix knew what they were doing releasing this content together during resolutions season…. This doc features friends Joshua Fields Millburn and Ryan Nicodemus as they celebrate the power of living with less. (Hopefully this works out better than the Marie Kondo craze, as I still miss the half of my wardrobe that I dumped last January.)

Read this next: A Streaming Guide to the Best of Gossip Girl

F**k! S**t! C**k! I’m swearing at you right now, and isn’t it fun? And kinda naughty? Well, get ready to earn your m*****f***ing doctorate in foul language with this b****in’ six-episode Netflix original series hosted by none other than Nicholas G*dd**n Cage that “explores the origins, pop culture-usage, science and cultural impact of curse words.” Joel Kim Booster, Nikki Glaser, Nick Offerman and Sarah Silverman are just some of the celeb talent in this thing. Go f**kin’ watch it already!

If you wore turtlenecks in high school, smoked cigarettes and watched art films at the local gallery, chances are you (like me) enjoy a good thinker this time of year. Behold! Pieces of a Woman, about a home birth that goes horribly wrong at the hands of a flustered midwife. Sounds…devastating. Hot off its positive reception at last year’s Venice International Film Festival, the film comes to Netflix, and features powerhouses Vanessa Kirby and Ellen Burstyn giving their best work.

I feel like y’all know me well enough now to know that I would include this serial killer documentary on this list. Because even as we’re meditating and de-cluttering ourselves into a fantastic new year, it doesn’t hurt to be reminded of the darkness that lies in the hearts of some men, y’know? Following the two key detectives in the Night Stalker case as they hunt down human horror story Richard Ramirez, this series promises to be chilling and unsettling and will probably keep me up for a few weeks. (I mean, the trailer using a slowed-down version of Banarama’s “Cruel Summer” certainly helps in making the skin crawl.)

As the incredibly detailed plot synopsis offered up by Netflix puts it, “Archie and the gang are back for another season of this teen drama. New episodes weekly.” Couldn’t have said it better myself! I feel like if you haven’t boarded this train already, you probably won’t know… but, ooooooooh, what a ride. The new season course-corrects for the COVID-abbreviated fourth season with a time jump after that episode where…a teacher was stabbed to death? I think? It’s been a while, so you’ll just have to watch to find out…

A series about “the coming-of-age journey of five fairies attending Alfea, a magical boarding school in the Otherworld where they must learn to master their magical powers while navigating love, rivalries and the monsters that threaten their very existence.” Well, then. From The Vampire Diaries’ Brian Young, this series is apparently a live-action reimagining of an Italian cartoon, which has to be one of the wildest sources of adapted intellectual property I’ve seen in a long time. But…it’ll probably be a hit? I have a feeling.

Read this next: 2020’s Biggest Shows Offer a Blueprint For How We Should Live in 2021

Plus, make sure you catch these titles before they’re gone for good!

Everything that’s leaving Netflix in January