What you do know, however, is that you have no clue where to start. And we don’t blame you—it’s pretty much impossible to not feel overwhelmed by the vast array of vibrators that are on the market.

Before even considering adding anything to your cart, it’s important to remember that no two orgasms are the same—there isn’t a one-size-fits-all approach to reaching climax. In fact, a 2018 study found that only one third of women were able to orgasm through penile penetration, which means the majority of women can’t. (It’s important to note that this stat doesn’t include trans women). “Some people need glasses to see, some people need a calculator to do math and some people need a vibrator in order to orgasm,” says Carlyle Jansen, a sex therapist and owner of Good For Her in Toronto. Vibrators, she says, add more stimulation than a penis, finger or tongue can, due to their power and speed. They’re also excellent for those solo sessions when you’re just too lazy to use your fingers.

For first-time buyers: Figure out what feels best to you and where that is; the arousal areas on your body are limitless, says Katrina Marie, sex educator at Toronto lifestyle shop The Lake. “You can have orgasms in so many weird and wonderful ways.” Do some research and feel yourself out, and if nothing’s happening, don’t be discouraged. There are different ways to test what works for you. Evaluate your environment: Do you feel safe? Relaxed? Warm? Then, try pulling out a mirror, Marie suggests: “If you’ve never looked at yourself how are you going to expect to know what works for you?”

If you already kinda know what floats your boat, but are unsure of what to get, we’ve got you covered. Keep in mind that there are battery-operated and rechargeable vibrators. If you can afford it, opt for the latter as it’ll save you money in the long-run. In terms of material, silicone is best as it’s non-porous, body-safe and easy to clean. And finally, DON’T! FORGET! LUBE! The last thing you want is to have a painful experience. Note: Some silicone toys don’t pair well with silicone lube—they can end up damaging the material, so look for a water-based or hybrid lubricant to use with your devices.

External vibrators are a crowd pleaser because they’re versatile and can generally be used “by anyone with any genital configuration,” says Jack Lamon, worker/owner at Toronto co-op Come As You Are. Here are some of the best picks depending on the area you’re looking to stimulate:

Most people think of the clitoris as that cute little nub on the frontside of the vulva. Newsflash: There’s actually *way* more to it than that. The nub, technically known as the glans, is the part that’s visible. Beneath the surface, however, is an entire complex of different parts, like the body, root and vestibular bulbs. “All parts of the clitoris are involved in sexual sensation and all parts are erectile, meaning they can engorge with blood, becoming firmer,” writes Dr. Jen Gunter in her 2018 book, The Vagina Bible.

Some of the most popular clitoral vibrators on the market right now (e.g. Womanizer, Satisfyer, Lelo Sona) don’t vibrate, nor do they actually touch the glans. Instead, they use air pressure technology, which delivers a suction-y feeling, and gets deep into all of the erectile tissue of the clitoral complex. “A lot of people describe it like having an orgasm for the first time,” Jansen says.

Read this next: These Are the Best Sex Toys on the Market for 2019

For beginners getting acquainted with their clits, Marie suggests a device that looks approachable (because, let’s face it, some sex toys just look downright terrifying) and “encourages exploration.” Soft textures, like the mochi-esque silicone used in Iroha’s line of vibrators, might be more comfortable for those with sensitive clits or those who have just undergone transition-related medical care.

And of course, we can’t talk about the clit without shouting out wand vibrators. These have larger surface areas that rumble, which, according to Jansen, feels great near the vagina (to target the erectile tissue of the internal clit complex) or on any other external genitalia. Yes, wands may be a little too intense for some (Lamon says half of his clients love it, while the other half find it way too strong), but most of them can run at various speeds and patterns, unlike the original Magic Wand that only had two settings. “You can run them very, very low and get a subtle vibration, or you can run them at a much higher speed to get more,” Lamon says. 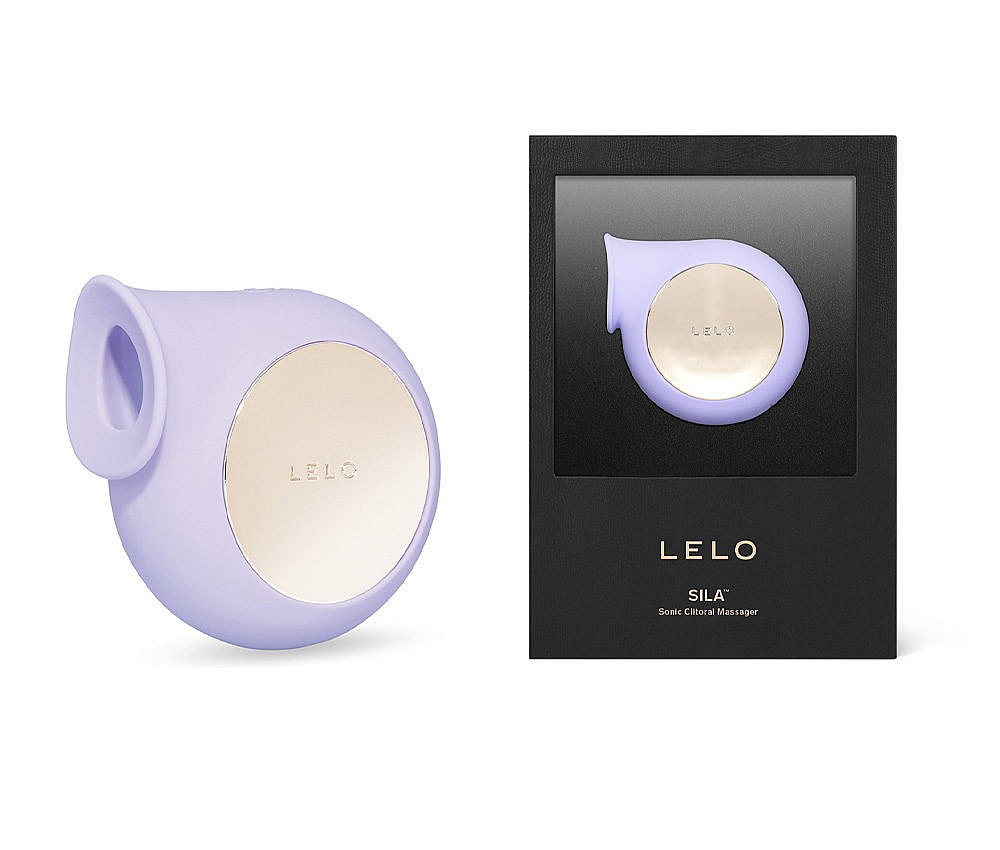 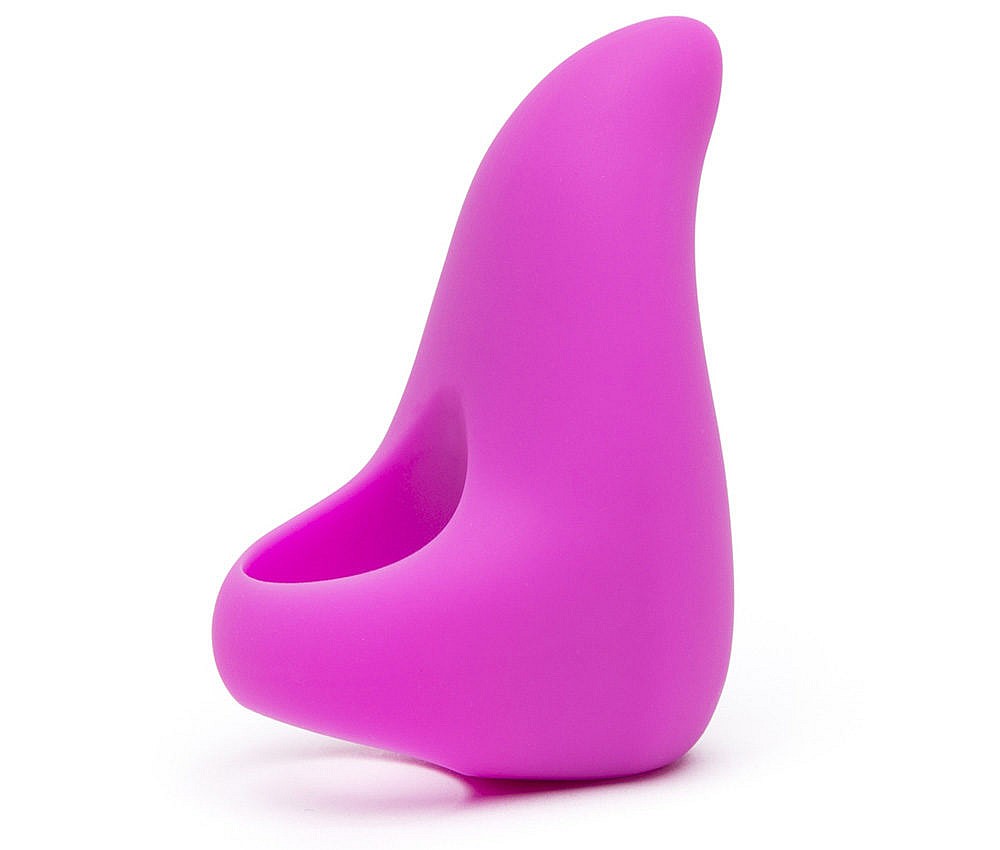 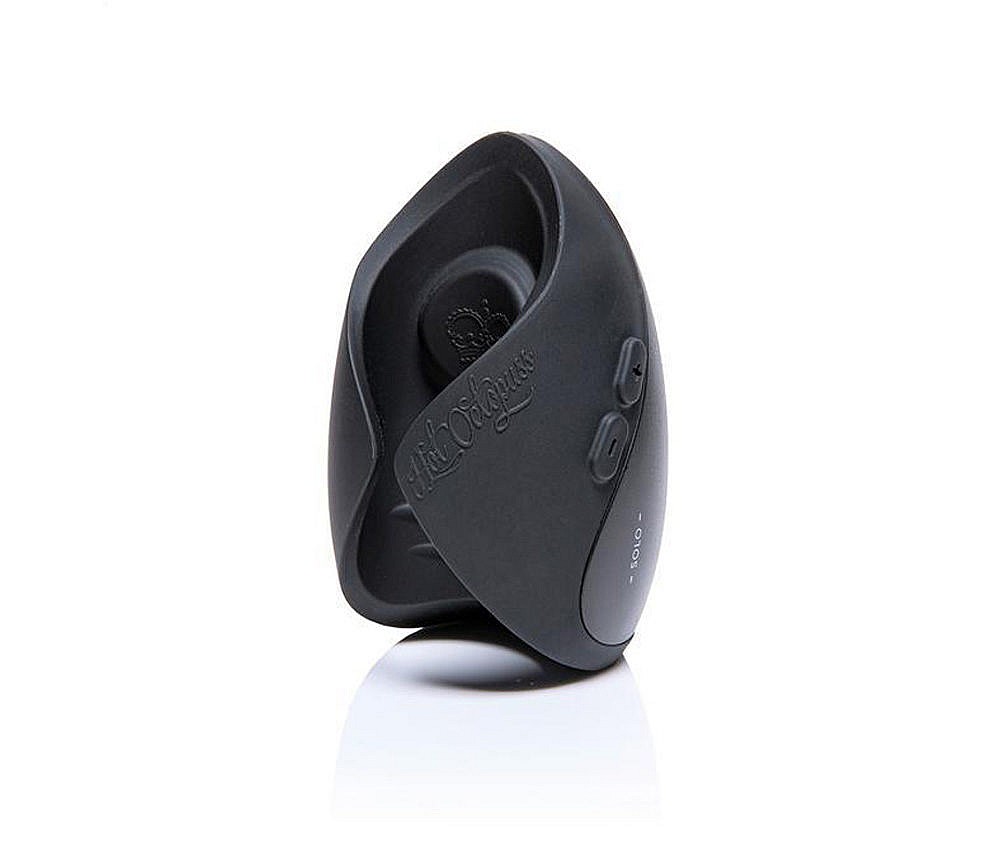 There has been much debate about the ever elusive G-spot and whether or not it actually exists. During a 2017 study, researchers were unable to find the presence of the G-spot in 13 female cadavers—rather they found the urethra and vaginal wall lining in the location where the G-spot is believed to be. In her book, Gunter explains that stimulating the lower part of the vagina, close to the urethra, will feel good due to its proximity to the clitoris. So basically, exploring around that area will probably feel quite nice.

For this, Marie recommends being patient: “Most people use an over-enthusiastic, bordering on aggressive approach to finding the G-spot. They tend to overshoot and miss the mark.”

This means not going too far in. “Try exploring the very entrance inside your vagina, and get to know what that feels like first,” she suggests. And if you’ve found an area that feels good, try adding in a device with a slight curve to stimulate that G-spot region. 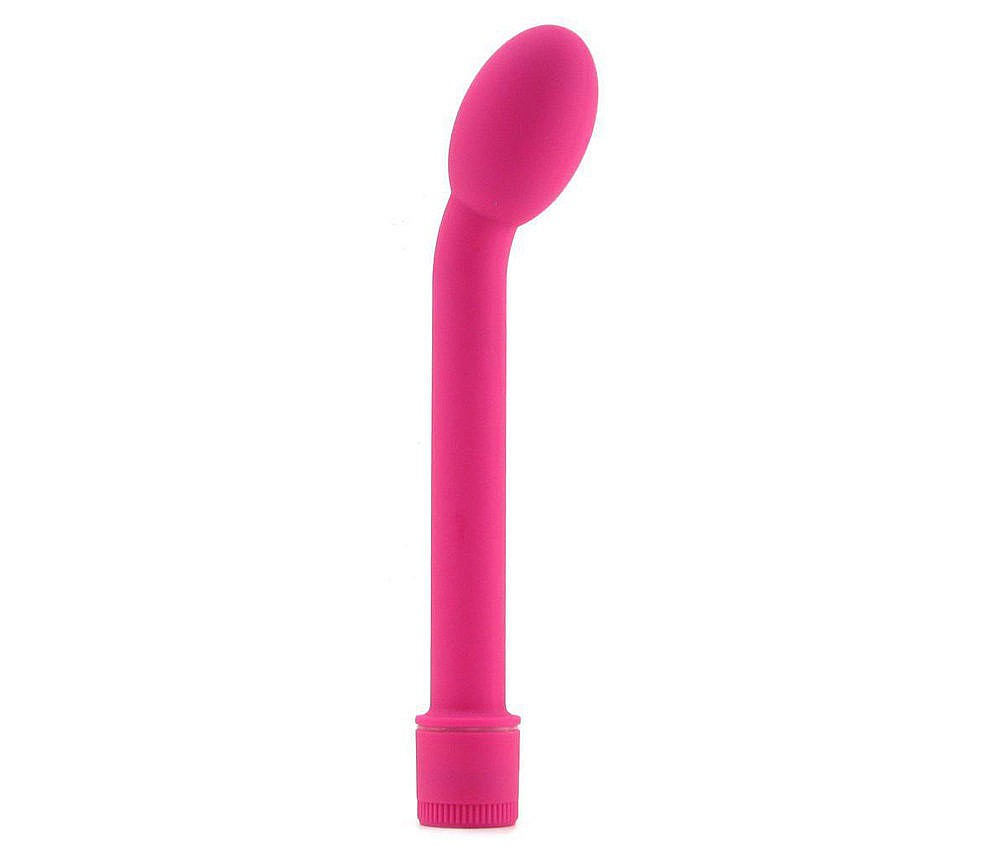 If you just winced in pain reading this heading, hear us out: People with cervixes have reported climaxing by stimulating this notoriously sensitive area, which is located at the end of the vagina. The most important thing, however, is to explore this area GENTLY. “A lot of people hate their cervix being stimulated, but that’s often because they’re using an intense hitting motion,” Jansen explains. What you should be doing, she says, is pulling the toy out about half an inch, and inserting it gently back in. Since the cervix is located behind the vagina (it technically is the entrance to the uterus), a longer, as opposed to wider, device will be needed to actually get that far in. “You don’t need [anything] big to feel that pressure,” Jansen says.

Read this next: How to Slide Into DMs 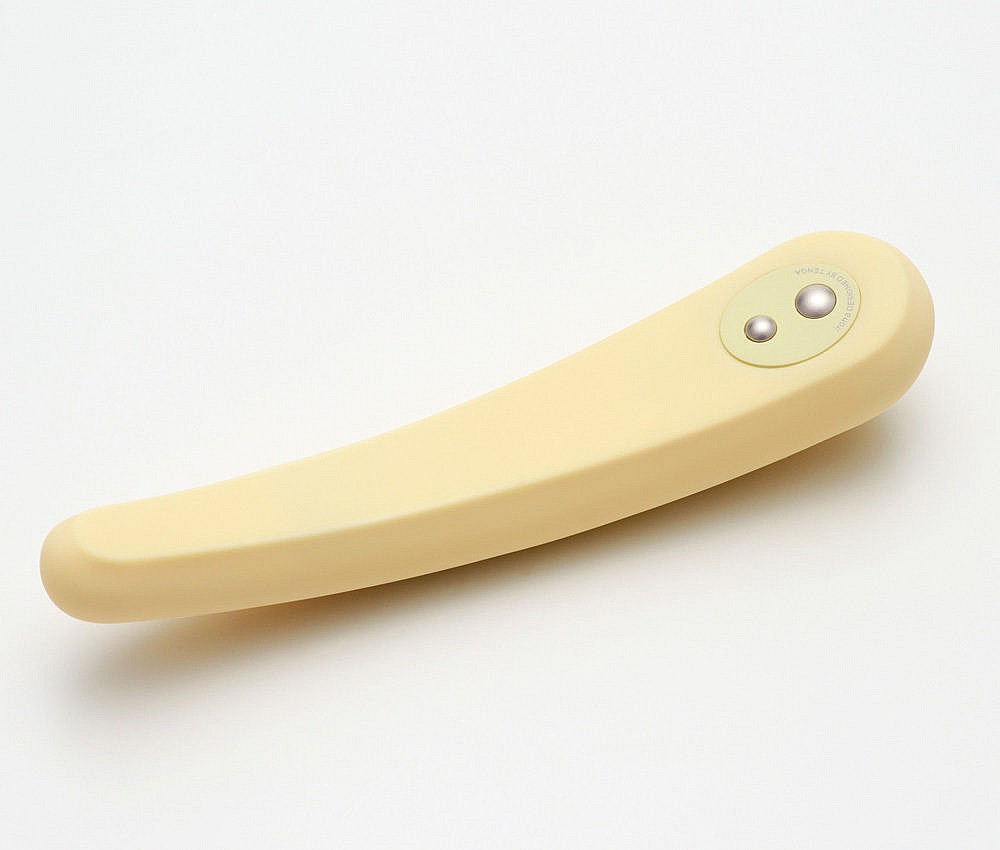 Read this next: Are Hook-Ups OK Now That COVID Restrictions Are Lifting? 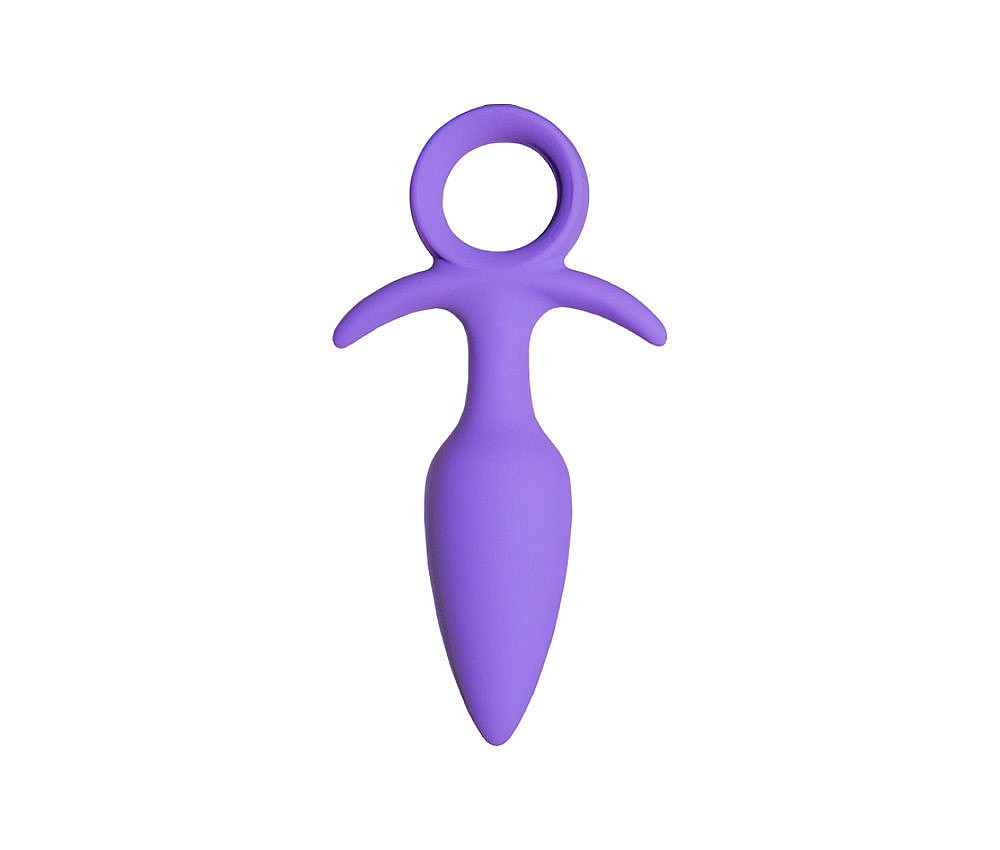