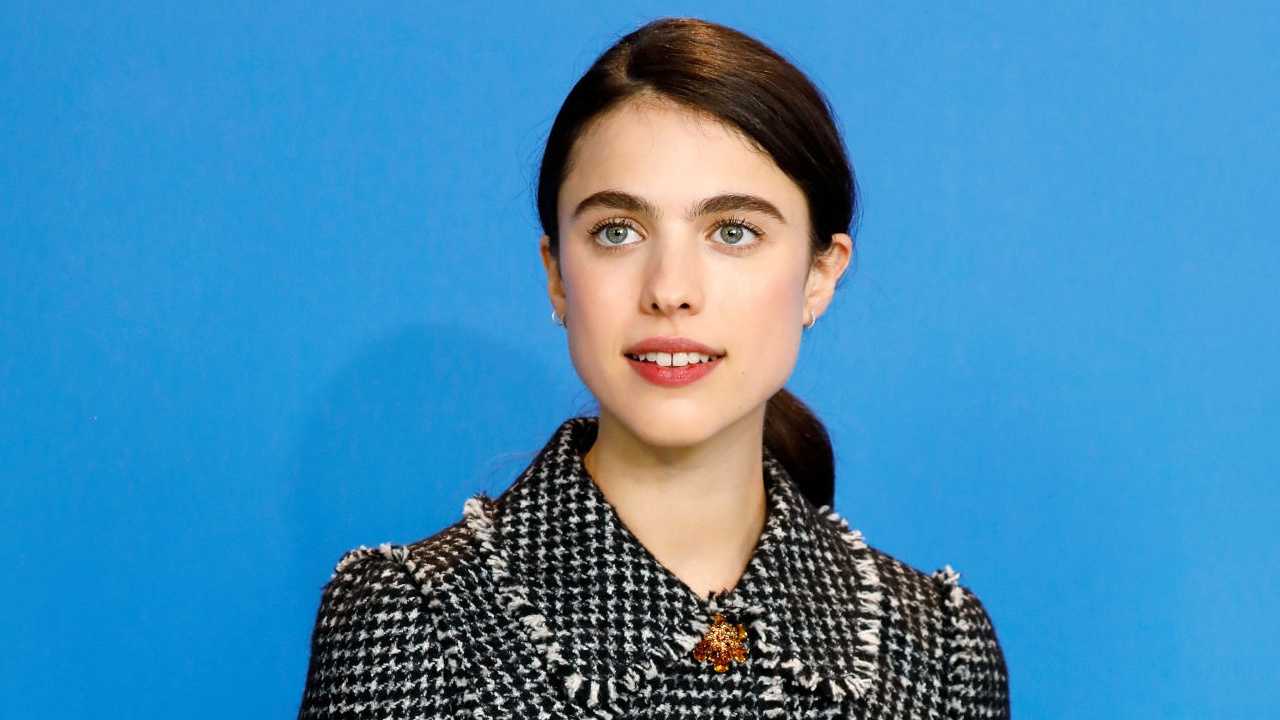 Margaret Qualley, what are you doing?! That’s the question many people were asking themselves after photos emerged of the actor kissing Shia LaBeouf. The issue? ICYMI, LaBeouf is in the middle of a pretty major media scandal, after his ex-partner, singer FKA Twigs, filed a lawsuit against him on December 11. The suit alleges that LaBeouf—who has starred in films like Honey Boy and the much-anticipated Piece of a Woman—had been abusive towards her during their almost year-long relationship, choking her, endangering her life by driving recklessly and even knowingly giving her an STI. In addition to Twigs, another previous girlfriend of the actor’s, stylist Karolyn Pho, also alleged abusive behaviour from the star, including that he head-butted her and drunkenly pinned her to the bed.

The allegations, and the experiences these women have said they endured, are horrific. In response to the New York Times‘ reporting, LaBeouf said, in part, via email: “Many of these allegations are not true;” adding that the two women deserved “the opportunity to air their statements publicly” and that he needed to “accept accountability for those things I have done.” In a later email to the paper, LaBeouf issued an apology, stating: “I have no excuses for my alcoholism or aggression, only rationalizations. I have been abusive to myself and everyone around me for years. I have a history of hurting the people closest to me. I’m ashamed of that history and am sorry to those I hurt. There is nothing else I can really say.”

Which brings us back to Qualley. On December 19, she was photographed kissing LaBeouf after the latter reportedly picked her up from LAX, and people were not happy. But shockingly, the target of their ire wasn’t LaBeouf, the person who has been accused of abusive behaviour, but rather Qualley, for being in a relationship with an abuser.

On social media, users tweeted about the actor being “dumb as fuck,” and a “rent-a-girlfriend for actors,” and accused Qualley of being “not an ally to other women,” among other things.

And we will be holding Margaret Qualley accountable for continuing to fuck an abuser after he was exposed to being an abuser and even admitted it publicly himself. Congrats, you’re both garbage 🧡 https://t.co/hii3m2WMdB

And while it’s understandable that people would be upset with the situation, and with Qualley for being in a relationship with someone accused of abusive behaviour, the way we’re talking about her is *not* OK. Because it can affect her decisions and feeling of support in the long run, and that’s the last thing we should want. Here’s how to engage with the conversations around Qualley and LaBeouf, both online and IRL.

While people may be initially shocked at the vitriol aimed towards Qualley, we really shouldn’t be; because like many things in life, women are once again blamed for the actions of the men around them. (Thanks, patriarchy!) For Toronto-based psychotherapist Briana Krushelnicki, who has been following the allegations by LaBeouf’s former partners, the response to Qualley is difficult to witness—but not super surprising. While Krushelnicki says her first response is to blame the patriarchy, (“which is also true,” she says), a bigger factor playing into the public response may actually be LaBeouf’s standing in Hollywood, viewers’ connection to a star who has been a fixture on our screens for many years, and thus their reluctance to reconcile that this person might be an abuser. “There’s a history in Hollywood of the truth about abusive men coming to light,” Krushelnicki, who works with individuals who’ve experienced intimate partner and gender-based violence, says. “When we talk about entitlement, who’s more entitled than someone who’s famous and is heralded as being incredibly creative and talented? We don’t want to lose these men that we’re attached to.”

The child actor who was beloved by many for his turn on Even Stevens is in the midst of a redemption arc both professionally, with the exploration of his own abuse and subsequent behaviour in the 2019 film Honey Boy, and personally. Since 2017, LaBeouf has been open about his road to recovery and sobriety, a fact that Krushelnicki says may also be factoring into people’s response (or lack thereof) to him. It’s a great narrative.

“We want to believe that if we were in that position, we would know better. We wouldn’t do what Margaret Qualley did,” Krushelnicki says.

Read this next: Here’s How to Talk About Sexual Assault Allegations When It Comes to Your Favourite Celebs

Which really isn’t a fair response, considering Qualley herself doesn’t have a history of abusive or problematic behaviour. “It feels to me like the discourse really focuses on her choices as, like, she should know better, she shouldn’t be supporting him or she should change her behaviour, and [it’s] less on his choices and his behaviours,” Krushelnicki says.

And this not only take the onus off of LaBeouf for his actions, but can actually have an extremely negative effect on Qualley and the way she may react down the line.

While it’s important to note that as of publication, Qualley hasn’t made any allegations of abuse against LaBeouf, and it’s entirely up to Qualley to decide what she tolerates and if she’s seen change in her partner, “the problem with that is that abusive relationships don’t start as abusive,” Krushelnicki says. “There’s a whole pattern of love bombing (the practice of showering a person with excessive affection to gain control of them) or of getting that partner to trust and pulling them in to an extent where the abuser can get away with their behaviour. So the concern is that maybe she’s not seeing that right now.” Meaning that, if in the future, Qualley does want to leave the relationship, our responses now may deter her from doing so, or at least feeling supported enough to do so.

“What’s  important to know about the dynamics of an abusive relationship is when you see someone who’s experiencing abuse or may be experiencing abuse, you  want to think about what is the abuser doing to that person and how can I do the opposite,” Krushelnicki advises. If abusers are pressuring their partners, everything in the relationship may become about the abuser and their needs. This means being patient and giving space for the person to come to their own conclusion about their partner and leaving. “Abusers thinks they know their partners lives and decisions better than their partners do,” Krushelnicki says, “so we don’t want to add to that.”

“The more online vitriol around Margaret Qualley there is, the more she’s going to feel like it’s her and him against the world. That he’s so misunderstood and she has to be there to support him.” Which the last thing people want, which is why we have to be careful about how we engage with this discourse around Qualley and LaBeouf.

Read this next: Julie LaLonde on Supporting A Friend In an Abusive Relationship

In discussing this specific relationship, or just folks who date abusers, Krushelnicki says it’s important to keep conversations around women like Qualley very open. “If we know that abusive behaviour involves pressuring people, talking down to people, insulting people, no matter how frustrated we might be with Margaret Qualley’s choices, we need to be doing the opposite and try to show compassion and understanding. So if there does come a point where similar things happen to her and she does need to exit this relationship, there’s not an extra layer of shame or embarrassment that people are going to say, ‘Oh, I told you so.’”

And, we need to keep the focus on LaBeouf and on his choices and his actions. “This is a man who has [allegedly] choked previous partners. This is the man who has instilled these rules and kind of terror into his relationship. And that’s very tangible,” Krishelnicki says. “And so we need to keep the focus on that. We have to talk about how we can hold him accountable so that [Qualley] does stay safe, so that her choice to take this chance and to enter into this new and exciting relationship can be honoured.”

The same goes for approaching friends or loved ones close to you who may be in a similar situation to Qualley. “Whether it’s Margaret Qualley or whether it’s a friend, [it’s important to approach them] not as if we know what’s best for them, but [by] providing them with that support, so that they can start to see the difference between a supportive friendship, a supportive relationship and what they’re currently experiencing, and build up that trust connection. So if it does come to a point where they feel like they need to reach out and they want that help, whether it’s leaving or a place to talk freely, they know that that’s available,”Krishelnicki says. “But the more we lecture women to leave their abusive partners, the more we push them together.”

Should we even be talking about LaBeouf? As some of his supporters may point out, LaBeouf has publicly spoken out on getting sober since his previous relationships and is seemingly on the up-and-up. So are we justified to be worried for Qualley? In essence: yes. Because the fact remains that LaBeouf has a history of abusive behaviour in relationships.

“The core of abuse is entitlement,” Krishelnicki notes. Pointing to some of LaBeouf’s reported requirements from partners, such as rules that his partners couldn’t look at waitstaff and around how often they had to physically touch him as examples, Krishelnicki says, “it comes down to this real sense of entitlement; and getting sober is not enough because while it may exacerbate the abuse, alcohol doesn’t cause abuse. Attitudes of entitlement cause abuse. And so unless he’s getting support for that specific thing, it’s unlikely that his attitudes will change.”

Read this next: Why Ghosting Is a Form of Self-Protection for Women

And it’s important to continually be having these proactive conversations around abuse in case something does happen down the line. While Qualley hasn’t made any allegations of her own, “if we track the timeline of a classic abusive relationship, that tracks,” Krishelnicki says. “People aren’t entering relationships with people who start off by driving recklessly or choking them in anger. If that’s your first couple of weeks, you’re likely able to leave.” Instead, there’s a process of building up trust in which you isolate a partner and often shower them excessively with affection and love (the aforementioned love bombing). It’s important to keep this in mind.

These conversations are important to have for another important reason, too: as a way to reduce the stigma around women like Qualley while holding the men in question accountable. “[The question is:] how do we hold abusers accountable and let men, especially powerful men, know that this behaviour is not acceptable without shaming their partners?”

Margaret Qualley seems like a good place to start.