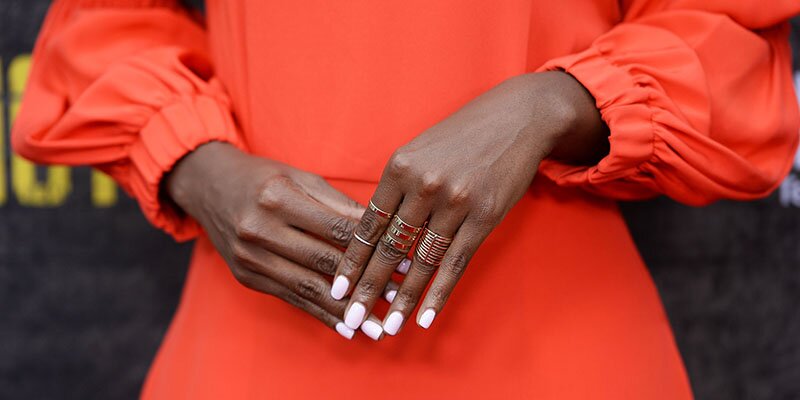 In certain vegan nail polish brands, you may find the terms three-free, five-free, seven-free, 10-free, 15-free, and even 21-free used on the label. This is used to identify the absence of certain toxic ingredients in their formula. The most common ones include:

1. Formaldehyde: used as a nail hardening agent and disinfectant for nail care tools. It is also used to preserve the corpses of animals and sometimes humans and is directly related to causing certain cancers such as Leukemia.

2. Dibutyl Phthalate: also known as DBP, is used to prevent chips in polish and brittleness. It’s also been linked to developmental and reproductive issues.

3. Toluene: a toxic liquid that helps to smooth nails. This is what gives nail polish that strong scent and has been listed as a known human respiratory toxicant by the Environmental Protection Agency (EPA).

4. Formaldehyde Resin: makes nails strong, shiny, and durable and is known for causing skin allergies such as dermatitis.

5. Camphor: acts as a barrier on your nails and deprives your nails of natural nutrients. It has been known for causing nausea, dizziness, and even seizures when inhaled or consumed.

6. Ethyl Tosylamide: this is what helps polish dry in minutes (Sounds great, right?), but it’s been banned in Europe due to concerns over antibiotic resistance.

7. Xylene: used as a solvent and known to cause damage to the nervous system and irritation throughout the body. It can also potentially affect the kidney and liver.

8. Parabens: widely used in products across the beauty industry, from shampoos to lotions. Scientific studies suggest (but don’t confirm) that parabens can disrupt hormones in the body and harm fertility and reproductive organs, and increase the risk of cancer.

9. Animal by-products: ingredients that are derived from the unused parts of animals (think bones, feathers, manure, spleen). Now, these aren’t necessarily bad for you, but do you really want to slather these ingredients on your skin and nails—especially if you’re vegan?

10. Fragrance: Not all nail polishes have fragrance, but for the ones that do, a common ingredient is phthalates, which are chemicals that help scent last longer. Phthalates may be linked to endocrine disruption and respiratory problems.