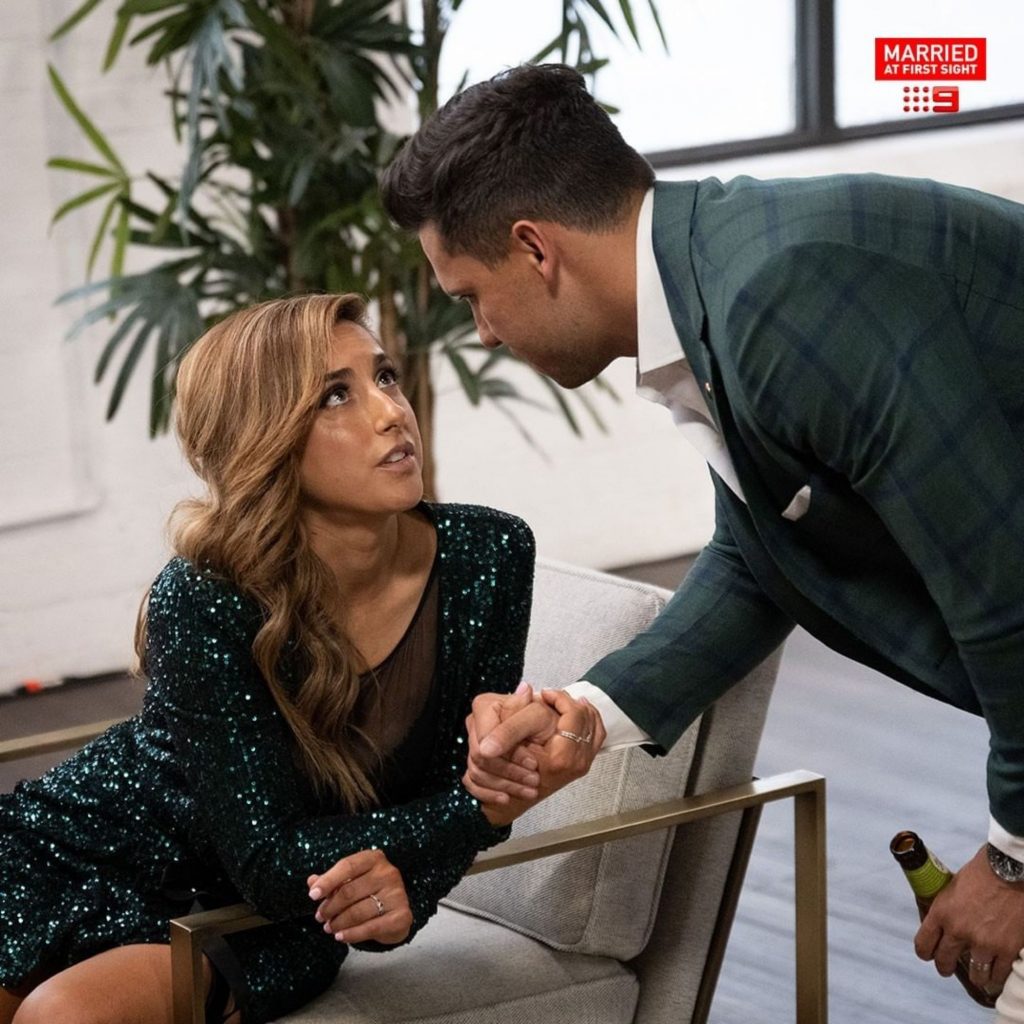 It’s getting down to the pointy end of Married at First Sight season eight and after the relationship retreat we’re dying to see which couples come out on top.

With the final commitment ceremony about to take place, will our brides and grooms choose leave stay or leave before the final vows?

Due to the Easter long-weekend (which we hope you’re all loving by the way), a little spanner has been thrown in the works. Like all major Australian public holidays, it does mean that regular programming is replaced by re-runs, meaning that Married at First Sight will not air on Sunday, April 4. In fact, the final commitment ceremony will actually take place on Monday, April 5 at 7.30 pm.

While we already know who stays together in the real world, we’re hanging out to see the drama of the next episode implode — because there is nothing more MAFS than the experts calling out this season’s bad behaviour.

On April 3, Channel 9’s official MAFS social accounts released a brand-new teaser trailer for what’s coming up and if you haven’t yet seen it, check it out below. It’s worth it.

By the looks of things, our favourite love-birds Patrick Dwyer and Belinda Vickers get a little busy, Melissa Rawson might finally have had enough of Bryce all of the rumours and drama, and Coco Steadman, Sam Carraro and Samantha Harvey make a triumphant return to the experiment.

So much Married at First Sight goodness is coming our way!