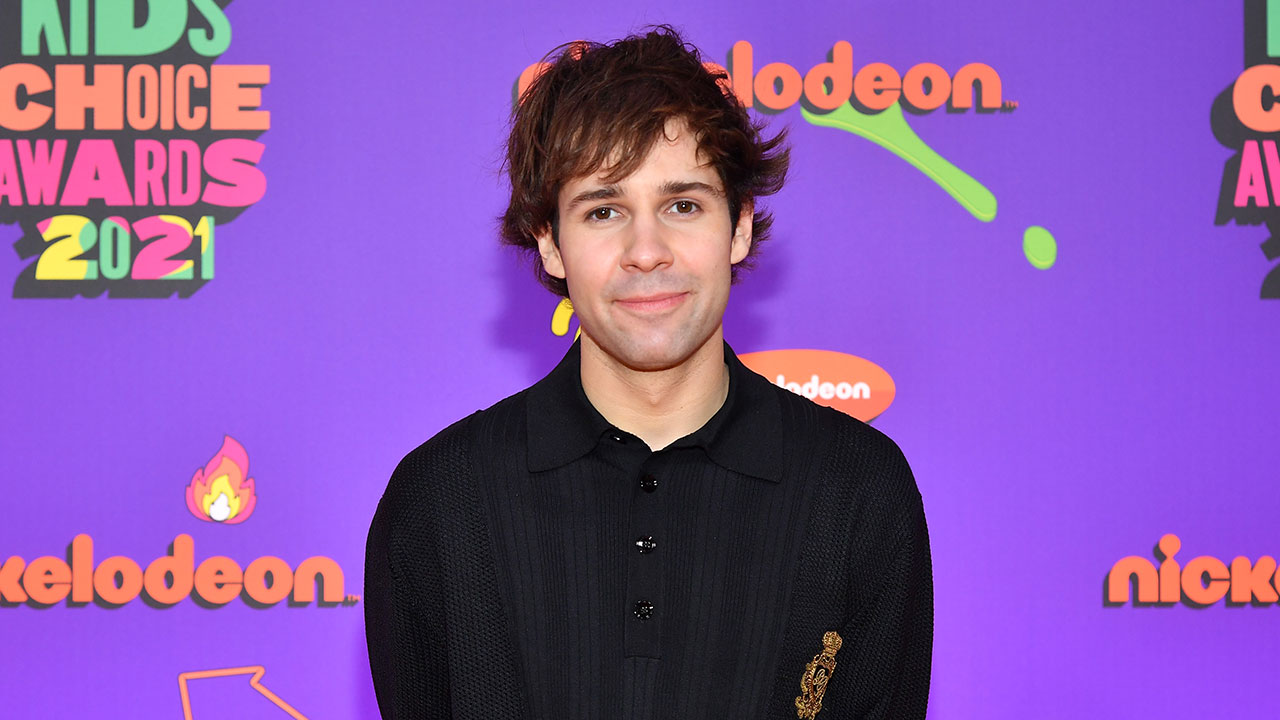 YouTuber David Dobrik began 2021 on a career high. With a recently estimated net worth of $20 million USD, nearly 20-million subscribers to his YouTube channel, a newly purchased $9.5-million mansion and high-profile partnerships with major brands including DoorDash and Bumble, the year was off to a roaring start.

But in the wake of multiple accusations of sexual assault being brought against members of the Vlog Squad, Dobrik’s content creation group, the 24-year-old is losing fans and sponsorships left and right, while offering up apology after apology.

Here’s everything to know about the David Dobrik controversy.

Who is David Dobrik?

A comedian and podcaster, Dobrik first rose to fame on the short-lived short-form video app Vine, followed by YouTube, which he joined in 2015. His videos included pranks, celebrity cameos featuring the likes of Kylie Jenner and Justin Bieber, and just about anything with some kind of clickbait (e.g. videos with names like “ASKING HER BEST FRIENDS TO HOOK UP WITH HER!!,” “TOO DRUNK TO BE ON CAMERA!!,” “HE’S BEEN DATING A MOM!!”). And yes, all are labelled in caps for maximum migraine factor.

With a once squeaky-clean reputation and videos garnering millions of views, Dobrik has been one of the most popular and highest-earning YouTubers on the network, beloved for his now-stale charm and affinity for hijinks.

What is David Dobrik being accused of?

That reputation blew up on March 16, 2021 when a Business Insider report was published in which an anonymous woman said that she had been raped during the filming of one of Dobrik’s 2018 videos featuring the Vlog Squad. Twenty years old at the time, she said she blacked out from drinking alcohol that the Vlog Squad had provided to her and several other women who were present and of a similar age. She added that Dobrik filmed her as she entered a bedroom with former Vlog Squad member Dominykas Zeglaitis (who also goes by “Durte Dom”), and that she was involved in group sex though too drunk to provide consent. Later, Dobrik published a video to his YouTube channel about the incident, titled “SHE SHOULD NOT HAVE PLAYED WITH FIRE!!”

The video, in which Zeglaitis and Dobrik joke about the group sex, including that they’re “going to jail” for what transpired, has since been removed at her request.

This allegation brought another, reported on February 24, 2021 to Buzzfeed, to the surface. In this incident, former Vlog Squad member Joseth “Seth” Francois said he was sexually assaulted while filming one of Dobrik’s prank videos in 2017. In the video, Dobrik tricks Francois into believing that he’s kissing friend Corrina Kopf who, it turns out, is actually Vlog Squad member Jason Nash in disguise.

Francois also said that as the only Black member of the group, he often felt he was used as a punchline for racist jokes. In a June 2020 video on his own YouTube channel, titled “Accountability to all content creators,” Francois shared specific examples of the uncomfortable, racially charged situations he was put in while part of the Vlog Squad, including being offered watermelon and the group joking about taking him to a police station.

In regards to the race-based jokes, Francois told Buzzfeed that he felt pressure to go along with them as a member of the Vlog Squad.

“It was an unwritten thing where you see a pattern of people saying, ‘Yo, I’m uncomfortable with this,’” he said. “All of a sudden they disappear and they’re not in videos anymore.”

In an episode of YouTuber couple Ethan and Hila Klein’s H3 podcast that aired on February 5, 2021, Nick Keswani, another former Vlog Squad member, shared a similar sentiment. Keswani lives with a rare form of dwarfism that’s left him blind in one eye, and he frequently felt mocked by the Vlog Squad for his disabilities. He said on the podcast, “I felt worthless being in those videos. I was like, ‘Dude, why am I even, like, here? What’s the point in my existence? Because I was just treated like this punching bag.’”

This was followed by YouTuber Trisha Paytas who, on February 16, 2021, claimed on the H3 podcast that Dobrik hid in her room and filmed her naked while she had sex with Jason Nash, her boyfriend at the time. She said this was all without her consent, though Nash was aware. Paytas added that she asked Dobrik not to post the video he filmed of the incident, titled “I SNUCK INTO THEIR HOTEL ROOM (SURPRISE),” though it’s still online and pulling in views. In a recent Vulture profile, she said she has been experiencing PTSD since her time spent with Nash and Dobrik.

Finally, on March 1, Dobrik came under fire again when he launched a new photo-sharing app called Dispo. That name had been pitched to him in September 2020 by a man named Karim in a TikTok series that he used as an application to be a designer for the app. Although Dobrik said he loved the name in the video comments at the time, he didn’t hire Karim but went ahead with the name. Since, the review section of Dispo on Apple’s App Store has been inundated asking Dobrik to take accountability and for fans not to support him by downloading the app.

How has Dobrik responded?

On June 30, 2020, Dobrik made his first apology, before the scandals surrounding him really blew up. In a podcast episode titled “Auditioning for SNL,” he apologized for his past behaviour without referring to any names or specifics, and was criticized by fans for offering up nothing more than a superficial sorry.

After the explosive Business Insider report was released many months later, Dobrik made another apology on March 16, 2021 in a two-minute video titled “Let’s Talk.”

“I just want to make videos where everybody in it, whether you are participating or watching, is enjoying having a good time,” Dobrik said. “Consent is something that’s super, super important to me. Whether I’m shooting with a friend or shooting with a stranger, I always make sure that whatever the video I’m putting out, I have the approval from that person. I also acknowledge that there’s times where a person can change their mind and they decide that they no longer want to be associated, they no longer want to be in the video that I’m putting up. Then I’ll take the video down.”

Dobrik goes on to say that he has distanced himself from Zeglaitis and other unnamed former Vlog Squad members because he “doesn’t align with some of their actions” and doesn’t stand “with any misconduct.”

In conclusion, he says, “I’m sorry if I have let you down. Things like that won’t happen again. I have learnt from my mistakes and I also believe that actions speak a lot louder than words. You can take my word for it that I am going to change, but I will also show you and I will prove to you that the mistakes I made before won’t be happening again.”

It’s not unlike his apology in 2020, with no reference to any of the allegations specifically. Although Dobrik apologizes “for the Seth situation,” he declines to mention Keswani, Paytas or the incident detailed in the Business Insider report.

Zeglaitis has not commented on any of the allegations, and neither have current Vlog Squad members Jason Nash, Todd Smith, Heath Hussar, Josh Peck, Corinna Kopf, Nick Antonyan, Matt King or Zane Hijazi.

In a video on their own joint channel, group members Carly Incontro and Erin Gilfoy said they do not condone what happened and hope that the anonymous woman’s “abuser gets to face the entire, full consequence of all of this and takes full accountability for what happened that night.”

Jeff Wittek, who was accused of supplying underage girls with alcohol along with Smith the night of the alleged assault detailed in Business Insider, said in a now-deleted video that the allegations are untrue and he has “absolutely nothing to do” with the situation. Similarly, in his own now-deleted video, Scotty Sire said the allegations were false and that “the Vlog Squad doesn’t address rumours, lies, and gossip.” However, days later, on March 8, he tweeted an apology “to anyone who feels as though I disrespected or invalidated their story” as he “let emotion get the better of me.”

What’s going on with Dobrik’s YouTube subscribers and sponsorships?

In the week following his March 16 apology video, many of Dobrik’s most enduring and lucrative sponsors dropped him, all of them sharing the same explanation: the YouTuber’s “values” do not align with theirs. That list includes EA Sports, Dollar Shave Club, DoorDash, Chipotle, Frank’s Red Hot, SeatGeek, General Mills, HBO Max, Audible, Facebook and HelloFresh.

Meanwhile, according to data from Social Blade, Dobrik’s YouTube view count dropped by over 66-million in a single day, on March 19, and he also lost about 100,000 subscribers. He also recently deleted a series of videos that accounted for over 17-million views.

On account of the soured sponsorship deals, on March 22, 2021, Dobrik announced that he would be stepping down from the board of Dispo in an effort “to not distract from the company’s growth.” On the same day, venture capital firm Spark Capital, which was a major investor in Dispo, announced that it would be severing “all ties” with the YouTuber.

Seemingly provoked by his fizzled partnerships, Dobrik made a more formal, lengthy apology video on March 23, 2021, while sitting humbly on the floor of his mansion.

“I fully believe the woman who came out against Dom,” he said, referring to the Business Insider report. “Even though I got the consent to post that video, I should have never posted it. I want to apologize to her and her friends for ever putting them in an environment that I enabled that made them feel like their safety and values were compromised. I’m so sorry. I was completely disconnected from the fact that when people were invited to film videos with us, especially videos that relied on shock for views or whatever, it was that I was creating an unfair power dynamic. I did not know this before.”

Dobrik concluded that he will be taking a break from social media for the foreseeable future, adding that he hopes to instil more “infrastructure” in his content moving forward, while also being a human being and taking his friends’ emotional wellbeing into consideration.

As of yet, no charges have been filed, while the anonymous woman in Business Insider‘s report said she has not spoken with police and has yet to make any further statements since Dobrik’s apologies.