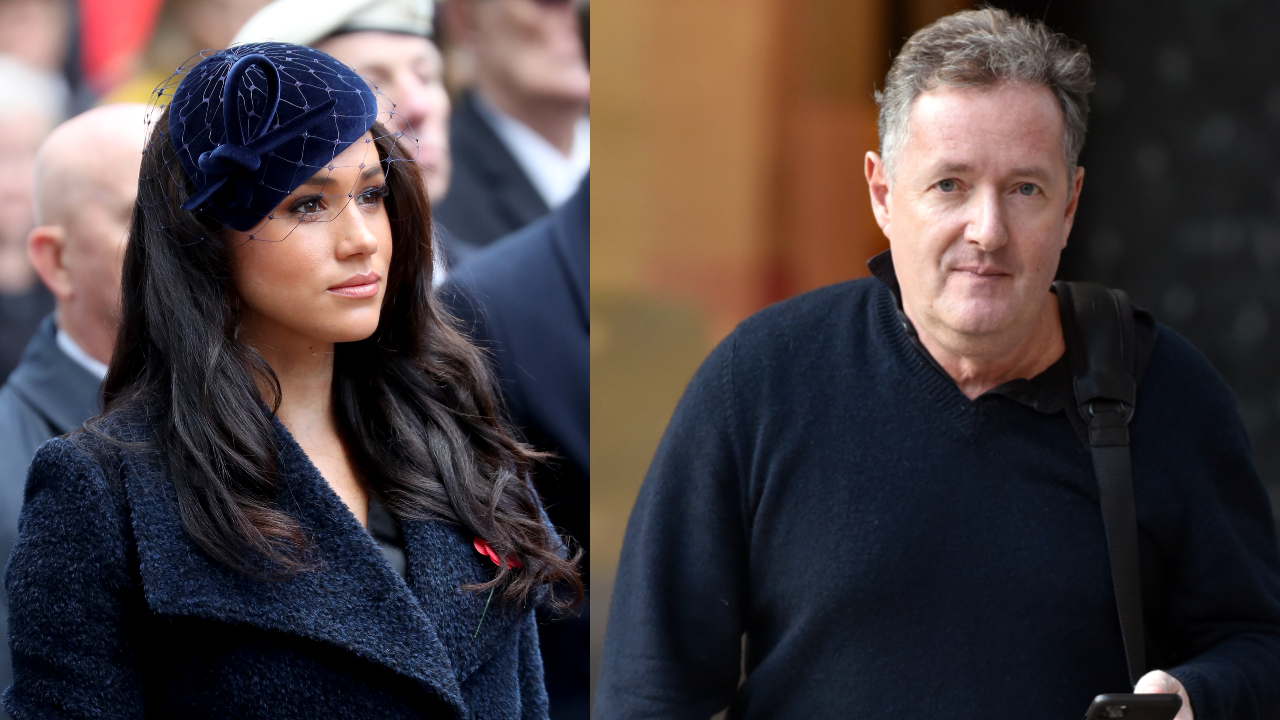 Piers Morgan hates Meghan Markle. He has dedicated much of his career in recent years to tearing down her character, from writing scathing Daily Mail columns to criticizing her pregnancy photos. On March 9, he stormed off the Good Morning Britain set after being confronted by his colleague over his critique of Markle’s recent interview with Oprah Winfrey. Hours later, he quit his on-air job, granting the wishes of more than 41,000 people who had made complaints since he claimed Markle was lying about her mental health to Oprah.

Morgan stands up abruptly and walks off stage, while saying: “OK, I’m done with this. Sorry, no, can’t do this.”

Read this next: Yet Again the Media Is Targeting Meghan Markle When Prince Andrew Is Right There

So @alexberesfordTV defends Meghan on @gmb and criticises @piersmorgan for what he’d said about Meghan’s mental health.
Piers walks off the set.
Surely Piers knows if you give it, you gotta be able to take it?pic.twitter.com/gmoNjMxiQy

The on-air display of immaturity came after Markle and Prince Harry’s interview with Oprah aired on March 7. One of the shocking revelations made in the two-hour conversation was the Duchess of Sussex’s battle with suicidal ideation while pregnant with their son Archie and dealing with the relentless U.K. tabloids and a lack of support from the Royal Family. A day before his tantrum on Good Morning Britain, Morgan dismissed her claims of suicidal thoughts and racism in the Royal Family, causing a major backlash against the TV host.

“I don’t believe a word she says, Meghan Markle,” Morgan said. “I wouldn’t believe her if she read me a weather report.” His co-host, Susanna Reid, responded: “That’s a pathetic reaction to someone who has expressed those thoughts.”

Read this next: An Open Letter to Piers Morgan, re: Feminism and the Women’s March

‘A lot of people will feel extremely concerned about that.’ @Susannareid100 says Meghan’s revelation that she was on the verge of taking her own life is very concerning.@Piersmorgan says he doesn’t believe Meghan. pic.twitter.com/Hzuc2Z1gUQ

Piers Morgan has had it out for Meghan Markle for years

Morgan has relayed his story about being ditched by his former friend many times in the past—and recently, too.

Morgan and Markle started chatting on Twitter in September 2015, after the TV host followed her on social media. They apparently struck up a friendship and met at a pub for drinks in 2016, reportedly the very same night she met Prince Harry for the first time.

Five years later, Morgan tweeted a screenshot of her first message to him, with commentary.

In happier times… when Meghan first slid into my DMs… think it’s fair to say she’s probably not such a ‘big fan’ of mine now. pic.twitter.com/WH0HzqeV3I

“In happier times… When Meghan first slid into my DMs… Think it’s fair to say she’s probably not such a ‘big fan’ of mine now,” Morgan wrote, no doubt referring to the various times he’d slammed her on television or in writing, from calling Markle a “Kardashian wannabe” to saying their pregnancy photos were “cheesy.” In his Daily Mail column three years ago, he wrote that he was “ghosted” by her after she and Prince Harry became more serious and claimed she was just climbing the social ladder. Landing “the role of her life,” as he put it.

In the years following the supposed ghosting, Morgan made a name—albeit, a crappy one—for himself as being vehemently anti-Markle. His Daily Mail column quickly filled up with scathing commentary of basically everything Meghan and Harry did, criticizing her relationship with her father, the way they dealt with the media, and her passion for gender equality. It’s clear that being rejected by Markle, who has in comparison said nothing about him publicly, has been tough on Morgan. And yet, her name—and his questionable politics and clickbait stories—are what has given him anything to talk about at all.

When watching any clip of Morgan chatting about Markle on Good Morning Britain, it’s clear his co-hosts have very little patience for him, consistently calling him out for his “pathetic” takes as they relate to the duchess, in the words of his aforementioned co-host, Reid.

Read this next: It’s Time for Us to Stand Up for Meghan and Harry

Good Morning Britain received thousands of complaints after Morgan whined at length about Markle and Harry’s interview with Oprah. Now, Morgan (a white, cis-gendered man) seems to think he’s a victim of “racist bullying.” After an on-air debate with This Is Why I Resist author Dr. Shola Mos-Shogbamimu, who he accused of race-baiting, Morgan took to Twitter. “Can all the Meghan/Harry fans currently abusing me with stuff like ‘shut the f*ck up white man’ please stop trying to silence my voice with racist bullying. Thanks,” he wrote.

Can all the Meghan/Harry fans currently abusing me with stuff like ‘shut the f*ck up white man’ please stop trying to silence my voice with racist bullying. Thanks.

In reality, he’s the one who used anti-Black racism to help fuel his calculated destruction of Markle’s character, not once acknowledging the colonial history of the Royal Family, and actively denying Markle’s claims of experiencing racism and mental health struggles while an active, working member of said family.

Tayo Bero, a Toronto-based freelance culture writer and radio producer, has been watching Morgan’s disturbing “years-long obsession with Meghan” from the sidelines. She tuned in to the Oprah interview and was “outraged, triggered and upset—but definitely not surprised.”

“He’s taken on this crusade of misogynistic and racist slander against her because of [Meghan shunning him],” she tells me. “The very fact that a white, upper-class man with a massive platform can get away with the kind of vitriol he continues to spew at a member of the Royal Family says a lot about what Meghan was up against in that environment.”

As Prince Harry said in the interview, it’s not just about his wife’s individual experience—it’s about everyone who has been watching her struggle, who can relate. Because the experience of anti-Black racism isn’t just individual—the trauma reverberates.

“Morgan’s suggestion that Meghan lied about her mental health struggles and the racism she faced hit really close to home for so many Black women who’ve been through the same thing,” she says. “The denial becomes even more reprehensible when you think about the fact that the same person accusing her of lying … has spent years actively fanning the flames of the abuse that she’s speaking of.”

Read this next: Meghan Markle Is Proof That Setting Boundaries Will Improve Your Life (and Lewk)

When pressed, Morgan walked away in discomfort—behaviour he criticized Meghan and Harry endlessly for doing

While the royal couple were living in Britain, they struggled to maintain a sense of privacy. In the interview, Markle mentioned being told to “lay low” and to not leave her home of Frogmore Cottage, lest she be written about more in the tabloid news. Their decision to move to North America and step down from their roles are senior royalty—a.k.a. stepping out of a situation that made them feel uncomfortable—was viewed as a betrayal.

Meanwhile, Morgan was able to do it live on air.

“Morgan is a petulant man-child and has shown this many times on air, [but] it does bear mentioning that if a Black presenter had storm off in the same manner in defense of Meghan, they would be accused of bias, lack of professionalism and all other labels,” Bero says. “It strikes me as ironic that he felt like he had the right to remove himself from a situation that he deemed unpleasant, the very same act for which he has criticized Harry and Meghan of for months.”

“We live in a world where Morgan can walk away from an ‘uncomfortable’ exchange, and the Black woman who has been abused for years in front of the world has to suck it up and take it.”

Let’s hope that his resignation from his role at Good Morning Britain will make way for a culture of holding our colleagues accountable—no matter how many views they garner.