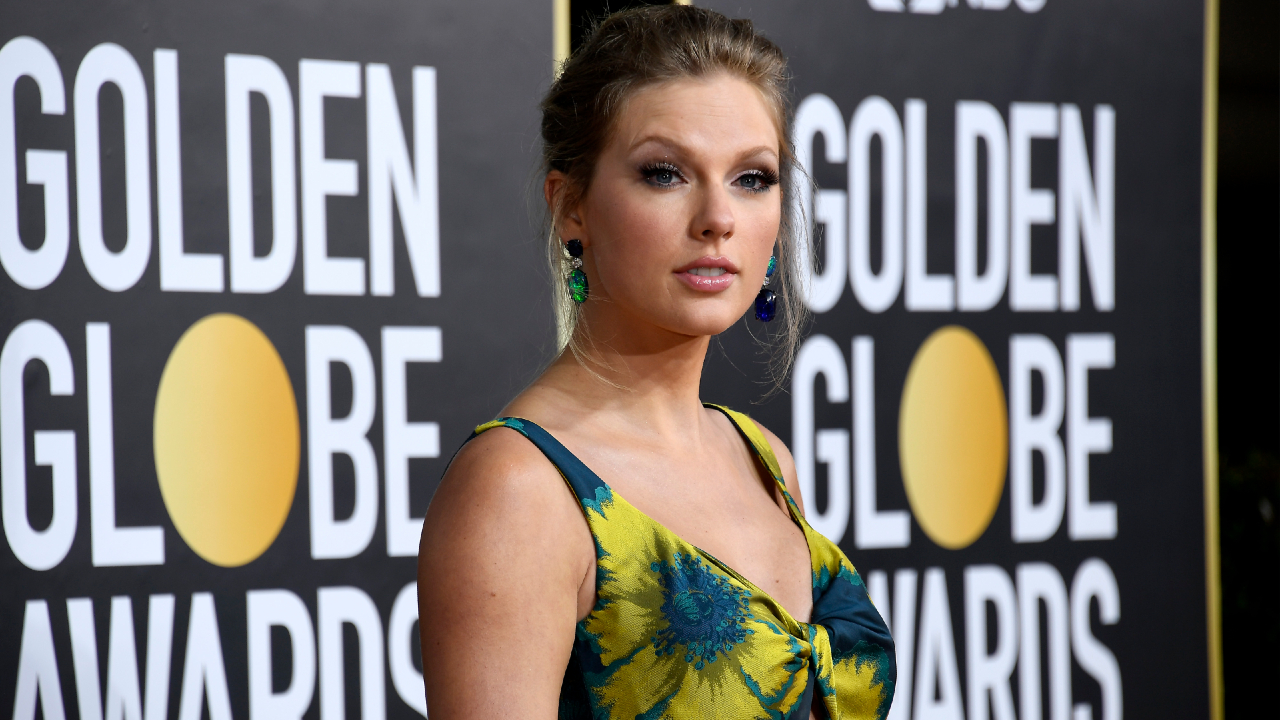 Taylor Swift‘s love life is at the centre of yet another controversy, this time one involving the buzzy new Netflix original series, Ginny & Georgia.

The show premiered on February 24 and has, in just a week’s time, gained a huge demographic of fans searching high and low for sweet escapes during pandemic times. Commended by some on social media for its LGBTQ- and sex-positive scenes, it recently came under fire after a “lazy” and “deeply sexist” joke it made about Swift’s dating life.

In the final episode of the series, Ginny Miller (Antonia Gentry) and her mom Georgia Miller (Brianne Howey) are seen fighting over her romantic relationships ending. That’s when Ginny, a teenager in high school, quips: “What do you care? You go through men faster than Taylor Swift.”

Swifties were quick to jump to defend their queen and on March 1, the “Shake It Off” singer condemned the show and called Netflix out on Twitter, writing: “Hey Ginny & Georgia, 2010 called and it wants it lazy, deeply sexist joke back. How about we stop degrading hard-working women by defining this horse shit as funny. Also, @netflix after Miss Americana this outfit doesn’t look cute on you.”

Hey Ginny & Georgia, 2010 called and it wants its lazy, deeply sexist joke back. How about we stop degrading hard working women by defining this horse shit as FuNnY. Also, @netflix after Miss Americana this outfit doesn’t look cute on you 💔 Happy Women’s History Month I guess pic.twitter.com/2X0jEOXIWp

“Happy Women’s History Month, I guess,” she finished the tweet, pointing to the irony of accusations of sexism breaking around the start of an important month celebrating women.

Over the weekend, her loyal followers created the hashtag #RESPECTTAYLORSWIFT. They even started a change.org petition to remove the comments from the show, which at the time of publishing had garnered more than 6,700 signatures.

“It’s not sitting right with me [that] Netflix has two Taylor Swift projects on their platform and they are okay with treating her like this!!! RESPECT TAYLOR SWIFT,” one fan tweeted.

Netflix and the show’s creator, Sarah Lampert, have yet to respond.

Read this next: Here’s How Diversity—or Lack Thereof—Was Centre Stage at the 2021 Golden Globes

There’s no denying that much—if not all—of Swift’s music includes mentions of her romantic relationships. (What musician’s doesn’t, though?) It’s been that way ever since “Our Song” dropped in 2006. Much of her adult life has been lived in the public eye, meaning her relationships have, too.

It’s made her love life the easy butt of many jokes, and this isn’t the first time it’s happened. A character in an episode of Netflix original series Degrassi: Next Class joked: “Taylor Swift made an entire career off her exes.”

She started speaking out about this narrative in 2014 after her album 1989 dropped and many speculated that Harry Styles was the subject of some of the tracks.

“You’re going to have people who are going to say, ‘Oh, you know, like, she just writes song about her ex-boyfriends. And I think frankly that’s a very sexist angle to take. No one says that about Ed Sheeran,” she told Australian radio station 2DayFM that year. “No one says that about Bruno Mars. They’re all writing songs about their exes, their current girlfriends, their love life, and no one raises the red flag there.”

The issue is not the content of her songs, of course, but who is singing it: a young woman.

A quick Google search of “Taylor Swift’s love life” produces more than nine-million results, reflecting how much the media relies on her private life for views. It’s no secret that the music industry loves to build up hyper-sexualized female celebrities, only to later tear them down for being “too sexual” when they take control of their image. You need only watch documentaries like Framing Britney Spears and This Is Paris to see this in full effect.

This narrative suggests that women’s sexuality should be controlled by and for someone else. When they take agency, like Swift has since her days of controlled innocence and fearing doing or saying anything wrong, it becomes something to be mocked and made fun of.

Read this next: Taylor Swift Thinks We Need to Stop Asking Women When They’re Going to Have Children

But some feel the joke was taken out of context, taking steam out of the show’s progressiveness

Ginny & Georgia has been applauded for its LGTBQ- and sex-positive scenes, diversity, commentary on small-town racism and portrayals of what it’s like being a biracial teen, living in a predominantly white city, while being raised by a white mom. Within the first episode, Ginny has a *very* realistic first sexual experience, which is an excellent turn away from the unrealistic standard of first times often perpetuated by young-adult shows.

It’s likely most would agree that the joke may have been in poor taste, but not everyone is sold on that being the case in this instance.

She later added in the thread that the show is “not without its awkward moments,” but that those “corny” moments add to the show, which is trying to be equal parts “sweet teen show” and a show where teens get wasted and have casual sex. (We reached out to Whitall directly for more insight and will update the story if we hear back.)

“Every line in a show is not an endorsement of its ideas,” one of Whitall’s followers added in the thread.

Aside from the progressive content of the show, it’s also written by a woman who, until now, had never stepped foot inside a Los Angeles writer’s room. That’s not to say that women can’t perpetuate sexist ideas, but it doesn’t seem to be the case here, according to some who argue that the jokes, like the show itself, seem self-aware.

Read this next: You Might Not Have Noticed These Signs in Taylor’s New “The Man” Music Video

The argument of sexism aside, the joke that Swift has dated a lot of men is tired and not exactly a knee-slapper. No one enjoys being teased for the same thing over and over again. While the joke can veer into slut-shaming territory, it’s important, like Whittall says, to take Ginny & Georgia’s context into consideration.

Ginny is a teenager finding her place in the world as a young woman, and while the show is fictional, the world it takes place in is not. Ginny’s life is affected by real-life pop culture and the fact that she watched her mom proudly date (and *spoiler alert* murder) her way to riches. Swift’s feelings that the joke is sexist are valid and she shouldn’t be dragged for feeling them, but, one could argue, neither should a writer for creating a show anchored in reality where these kinds of jokes are made. Arguments aside, it might be time for new material.