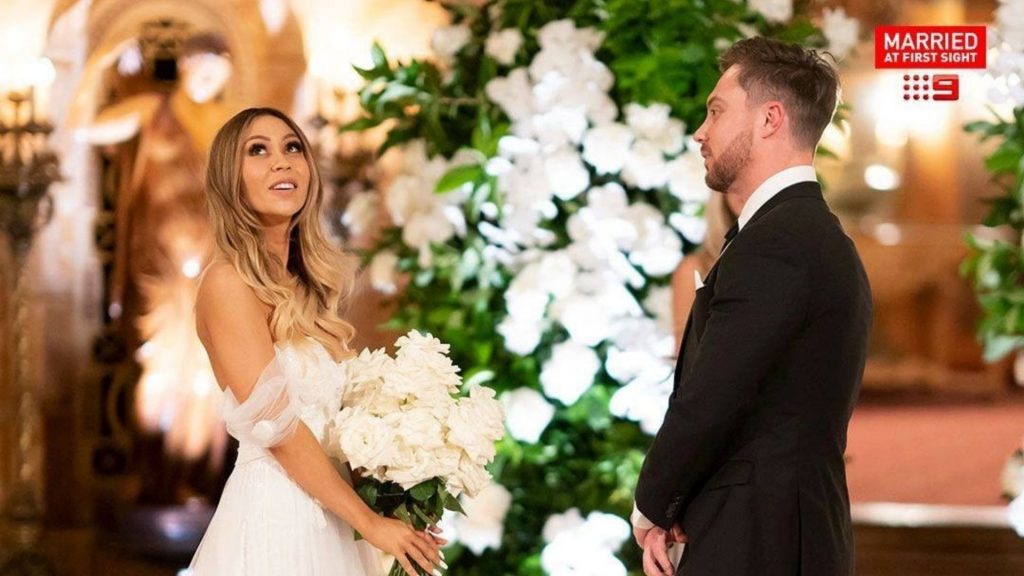 The Married at First Sight‘s experts paired construction estimator, Jason Engler, with teacher Alana Lister, largely because he is incredibly devoted to his two nieces.

His close relationship with them gives him a feeling of being “wanted” a feeling which he can’t explain and something that makes him crave that for himself.

The 35-year-old wants to be a dad, however, his past relationships have left him wanting, after every single one of them ended in his partner cheating on him.

“I’ve been hurt so many times,” he tells the producers during his introduction package which has led him to avoid relationships altogether and live a party boy lifestyle — something that is “wearing very thin”.

30-year-old Lister has a spunky and headstrong personality and says she has to “dress like a nun” while at school, just because of the way she looks. Outside of school, she’s comfortable and open about expressing her sexuality and “tells it like it is”.

She hasn’t been in many long-term relationships and says she has never been in love and wonders if people don’t want to settle down with her because she’s a “bit full-on”.

Both Engler and Lister are looking for that “family life”, so could they be endgame?