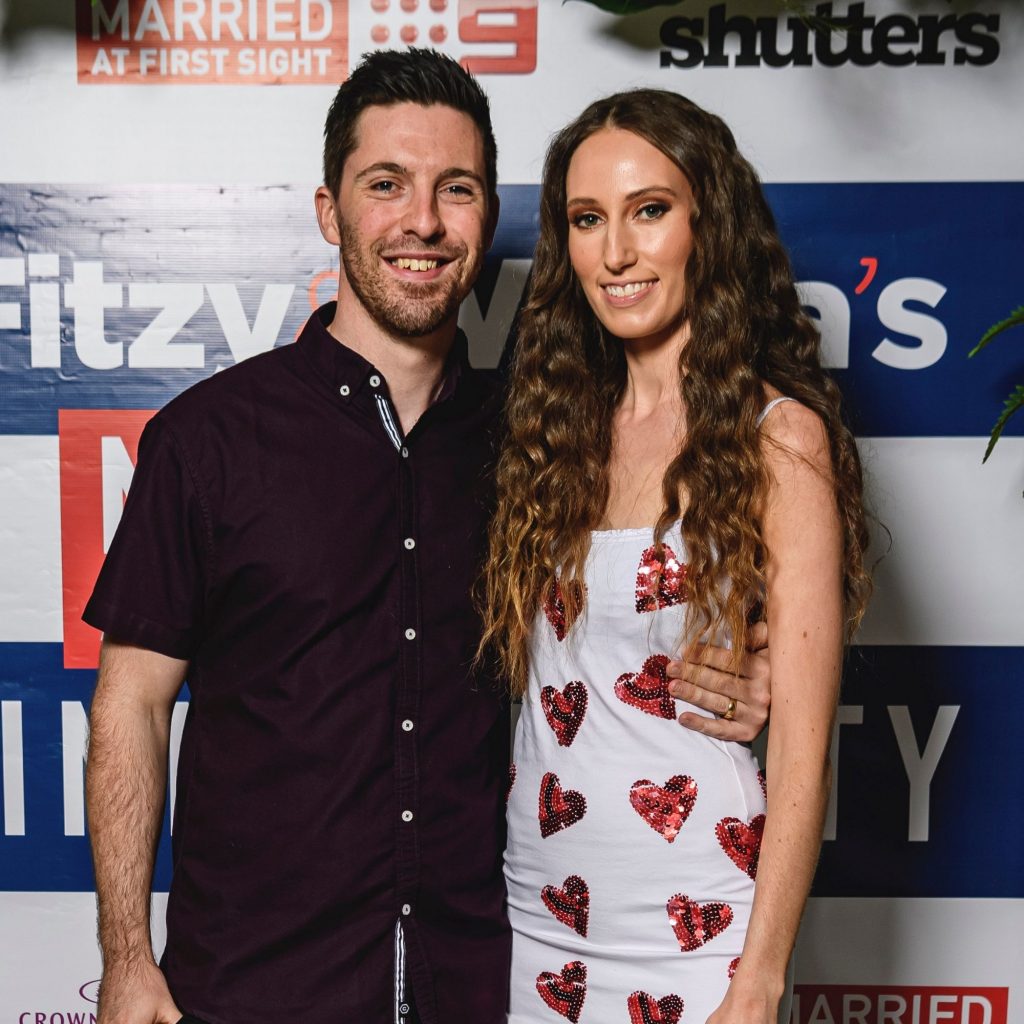 In case there was any concern that Married at First Sight’s Belinda Vickers and Patrick Dwyer were not together, POPSUGAR can confirm with 100% certainty that they are still very much a couple after seeing it with our very own eyes!

Six months on, after the show’s filming wrapped, both Vickers and Dwyer attended Fitzy and Wippa’s Married at First Sight Dinner Party in Sydney on March 31. Arriving at the venue holding hands — and then confirmed to us via Dwyer — the couple is still going strong and we love to hear it!

During an honesty box segment on the night, Michael “Wippa” Wipfli asked Vickers, if she could “go back to the spa date when Patrick drops the L Bomb, what would you do?”

“I would say sorry,” she said. “No, If I had my time again I would definitely not say ‘thanks for sharing’… but at least I said thank you, right?”

Wippa then asked if he “took it one step further and got down on one knee tonight and proposed to you, what would be your answer be tonight?”

“Well, right now I’m having a heart attacked!” she joked before Dwyer pretended to get down on one knee. Her reaction? “Oh God!”

Who doesn’t love these two!

Vickers also responded to photographs that came out which showed her partying on the So Dramatic! Podcast Instagram page.

“Look I’m pretty sure it’s normal to go to a nightclub when you turn 18 years old, I’m pretty sure everyone here would’ve gone clubbing so I do have a lot of girlfriends and we love to go out and have a dance and that’s it.”