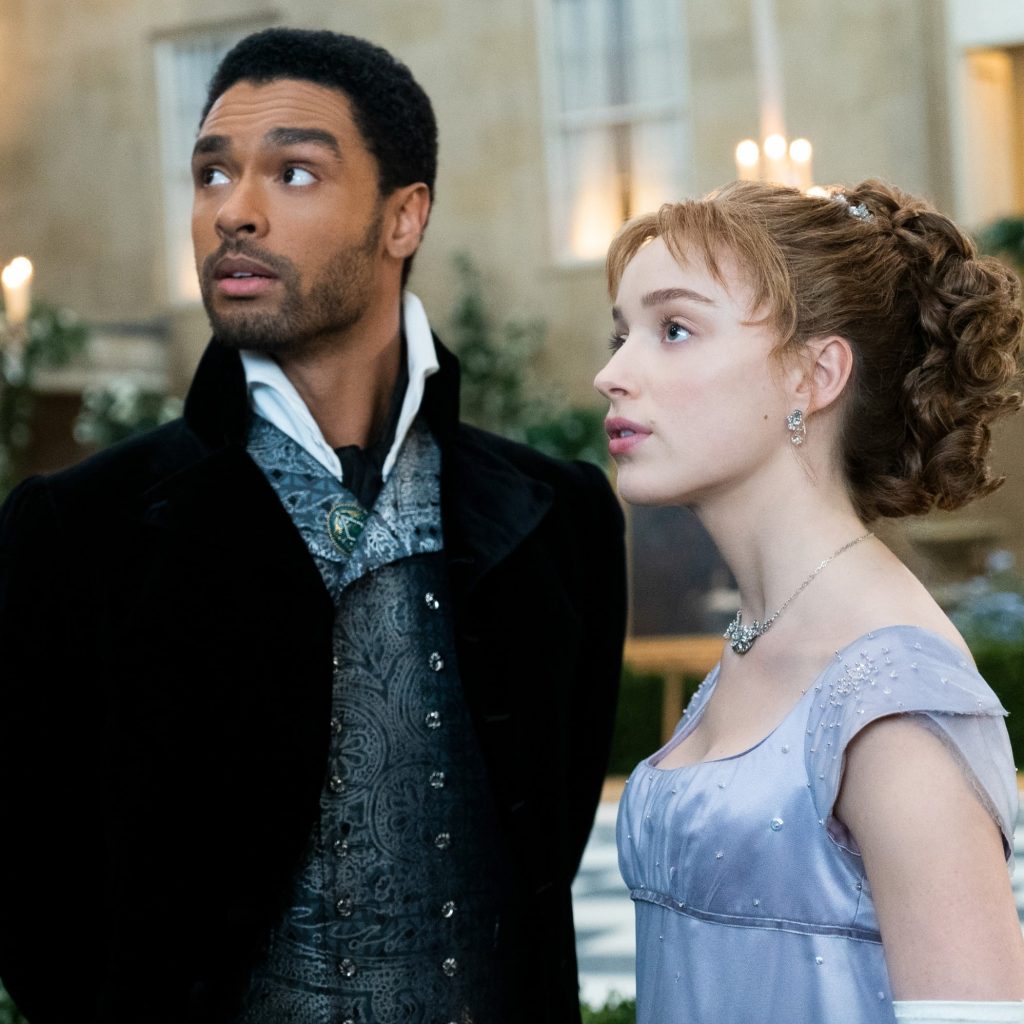 As production ramps up for Bridgerton season two, the anticipation surrounding cliffhangers and favourite characters build. The cast can hardly escape questions about what to expect, and while they generally stay pretty quiet, actress Adjoa Andoh drew an interesting parallel to the fictional aristocrats and real-life royal couple we know and love: Prince Harry and Meghan Markle.

“I really can’t say too much nor would you expect me to, but I guess what we do know absolutely is that they’re married now. It’s a new married life and they have the baby, so there are all the vagaries of what that is like for young people with a new baby,” Andoh, who plays Lady Danbury, told Entertainment Tonight. “I mean Harry and Meghan, what’s it like when you have a new baby? How does it affect you when [you are] a young couple with a new baby?”

“I just think we’re going to see how Phoebe and Rege’s characters, Daphne and Simon, navigate being in love, very in lust still, but with a new baby in their lives,” Andoh continued. “Having to navigate and negotiate that between each other, between their families and between their wider social circles.”

There’s no telling exactly how much of Meghan and Harry’s story will be used as inspiration for Daphne and Simon’s arc, but there’s certainly been plenty of material in the last couple of months (or even years) for the showrunners to work with. After all, they are the royal experts when it comes to putting a child first while navigating different worlds.

Regardless, we’re eager to see how Daphne and Simon approach parenthood, and how the rest of the Bridgerton family fares in season two: especially Lord Anthony and his new love interest, Kate. Is it too early to ask for a premiere date, Netflix?