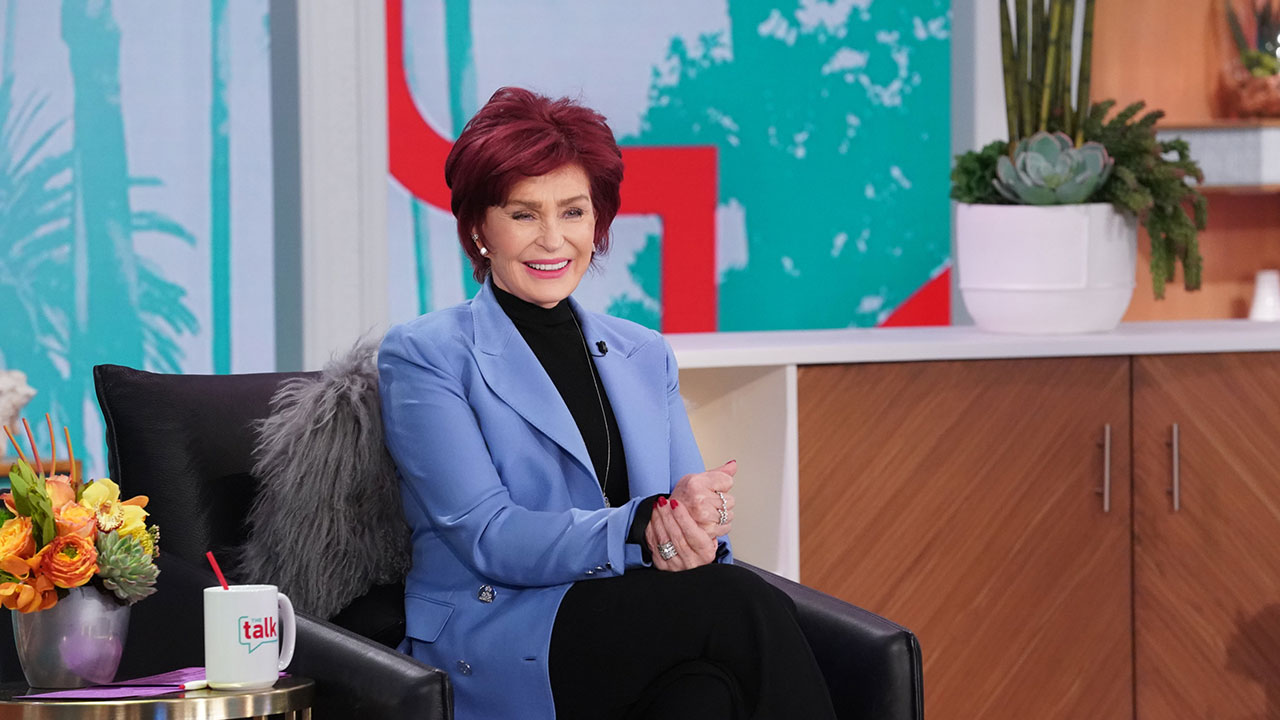 It’s been a loud month for Sharon Osbourne, co-host of CBS’s The Talk. After passionately defending Piers Morgan when the disgraced TV personality suggested Meghan Markle was lying about experiencing suicidal ideation during her interview with Oprah Winfrey on March 7, Osbourne has been battling criticism left and right.

On the March 10 episode of The Talk, Osbourne took issue with those accusing her of racism for defending Morgan. She also appeared antagonistic toward her Black co-host Sheryl Underwood, demanding Underwood “educate” Osbourne on race while warning her, “don’t try and cry, ’cause if anyone should be crying it should be me.”

Naturally, the moment went viral and, by that Friday morning, she offered a standard issue apology. In the statement published to Twitter, Osbourne said, “I have always been embraced with so much love & support from the Black community & I have deep respect & love for the Black community. To anyone of colour that I offended and/or to anyone that feels confused or let down by what I said, I am truly sorry. I panicked, felt blindsided, got defensive & allowed my fear & horror of being accused of being racist take over.” She added that “there are very few things that hurt my heart more than racism,” so the suggestion that she might be racist “spun me fast.”

Later that day, former Talk co-host Holly Robinson Peete described unfair treatment by Osbourne during her time on the show, claiming that Osbourne had her fired. She tweeted, “I’m old enough to remember when Sharon complained that I was too ‘ghetto’ for #theTalk…then I was gone. I bring this up now bc I was mortified watching the disrespectful condescending tone she took w/her co-host who remained calm & respectful because…she HAD to.”

Osbourne denied Peete’s claim in a statement on March 16 to journalist Yashar Ali, who also reported that multiple sources, including Leah Remini, yet another former Talk co-host, had told him that Osbourne would often refer to fellow former co-host Julie Chen, who is Chinese-American, as “wonton” and “slanty eyes.” She also, allegedly, referred to former co-host Sara Gilbert, who is gay, as “pussy licker” and “fish eater.” Both Peete and Remini co-hosted The Talk in 2010, and were let go by the end of season 1—at Osbourne’s insistence, according to Ali.

Read this next: Is Piers Morgan Finally Going to Stop Trashing Meghan Markle?

In response, that same day, CBS announced that The Talk was being placed on an extended hiatus until March 23 as the network investigates the mounting allegations and takes “appropriate action where necessary.”

Is it all just for ratings and clickbait?

While some are speculating the network will decide to let Osbourne go, and others are wondering if she’ll simply quit à la Piers Morgan, the odds are good, too, that nothing will change. Because provocative personalities like Osbourne’s make for good television. After all, more than a week later, the public is still ravenously dissecting her exchange with Underwood, and leafing through her past to see what else she might have gotten away with. It even managed to at least temporarily eclipse what triggered it all together: Markle’s bombshell interview.

There’s a reason round-table talk shows include perspectives from different sides of the political aisle. To offer all takes on a subject that can represent the American audience at home, yes, but also to offer up a devil’s advocate on a steaming hot plate. Some get angry and riled up, while others nod along. For CBS, and networks like it, both are a win.

Think of Meghan McCain, the conservative voice on ABC’s The View. Almost every week, something she says goes viral, inciting those at home who are retweeting and helping her blow up into a media figure we’re all unable to look away from. In fact, earlier this month, she went viral for a convoluted rant that was also brought on by the Oprah interview. She somehow connected it to the American Revolution, saying, “The American experiment is the way to go, and if we have two American women—Meghan Markle and Oprah Winfrey—who are single-handedly finishing what George Washington and our revolutionary counterparts did, I’m all for it.” The camera then cut to co-host Whoopi Goldberg in a state of utter confusion. She responded, with a healthy dose of derision, a blunt “OK,” and the program cut to commercial.

The pair have often argued on-air, becoming a trending topic for Twitter until the next buzzy moment. It’s a cycle daytime television finds relevance from and relies on to be a hot topic itself. If we look back, it’s also clearly far from a new phenomenon. In his above mentioned Twitter thread on March 16, Ali shared a 2011 clip in which Osbourne referred to Remini as “ghetto,” though she denied ever calling Peete the same. But Peete and Remini’s allegations go all the way back to 2010 when the show debuted, so why are acting like Osbourne’s bad behaviour is so shocking today? It’s worth noting, too, she is the only host who has been a part of The Talk from the very beginning. Otherwise, it’s been a hell of a revolving door. In other words, CBS knows what it has on its hands: a lightning rod.

In an interview with Entertainment Tonight on March 16, Osbourne claimed that she was “blindsided” by questions of her allegiance to Morgan on the episode that aired on March 10, as she and the other hosts have a pact never to ask each other questions on-air they haven’t already been prepped for.

“So, it’s the cancel culture, isn’t it? Throw her under the bus,” she said. “They’re setting me up. My anger was like, I cannot believe this, I’m your sacrificial lamb.”

In a way, she may be—for the production staff, who probably knew they were on the way to a viral clip the moment Osbourne began speaking. But it seems pretty clear Osbourne was not in the know about any of that. McCain, on the other hand, may be more savvy. Either way, both seem to function as puppets for their respective networks, easy to provoke and deliver water-cooler moments at their own expense. Still, Osbourne handed them the material, and it was her choice how to handle her conversation with Underwood. Being on a stage is what Osbourne signed up for, and being a loudmouth who doesn’t give a fuck has also been her brand for decades.

Read this next: Yet Again the Media Is Targeting Meghan Markle When Prince Andrew Is Right There

And that’s the thing. In 2021, the threshold for saying whatever you want and facing little consequence is low. Or, as Osbourne said, “The ins and the outs of the way the younger generation feel right now, I don’t have my finger on the pulse.” Sure, but if you want to be a central figure on an American talk show with a diverse audience, you should also choose effort and education over willful ignorance, instead of putting the blame on just about every other party. One would think.

Although there is speculation he was let go, Morgan himself exited Good Morning Britain after the network received 41,000 complaints—including from Markle—after the episode in which he made incendiary comments about the Winfrey interview. And that’s after six years of freely expressing contempt for Markle on-air and to much backlash.

While that might suggest filing a formal complaint rather than posting a tweet is more effective, it shouldn’t have to take thousands. There is no denying that we—the people at home—are the ones feeding the beast, retweeting, clicking, watching and giving these media figures the numbers they need to be deemed “popular.” But for them to finally lose their platforms, there is no value in handing them that currency. What makes a difference is speaking up about why they might be offensive, and that goes straight to our own workplaces, where versions of these exist, too.

In the case of Morgan, his own co-hosts, including Alex Beresford and Susanna Reid, spoke up about his treatment of them and their disapproval of his insensitive on-air rhetoric. If your own co-workers don’t want to work alongside you, and your audience no longer gives you clicks, the puppet show falls apart.

While it’s unclear if Osbourne will meet the same fate, she is finally being pushed to answer for her actions, which does count for something.