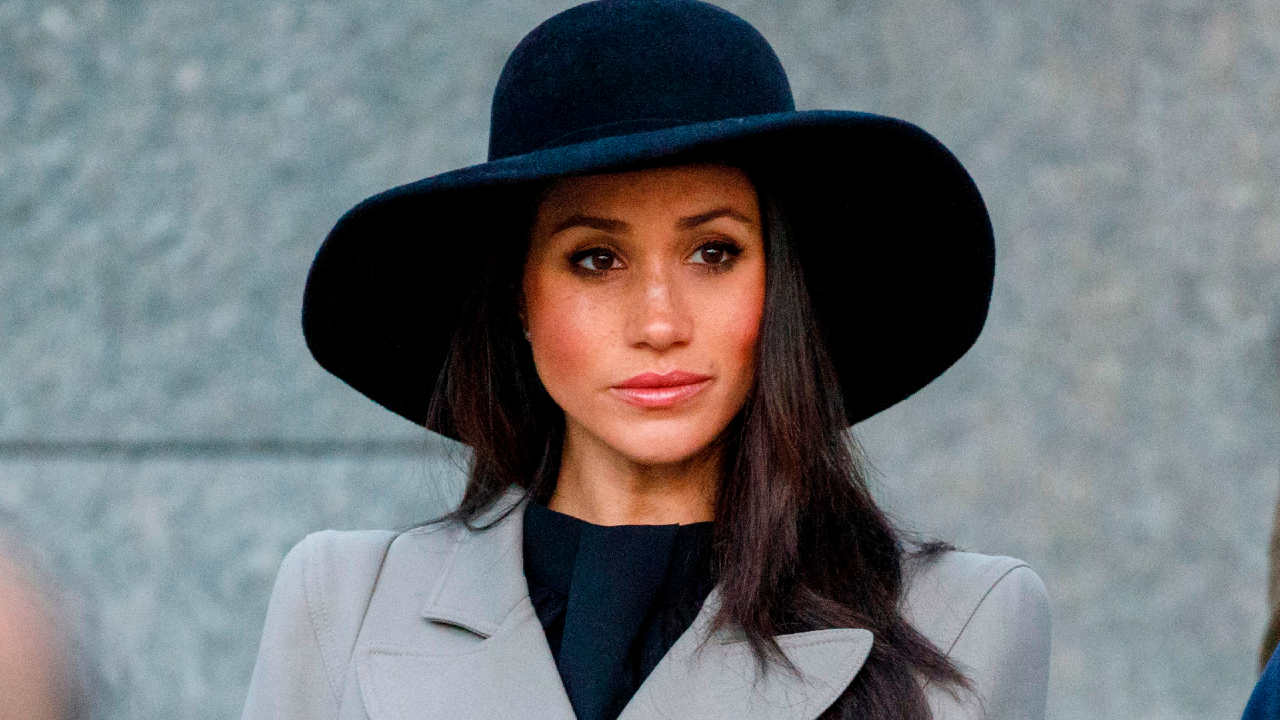 Just days away from the release of what promises to be a very revelatory interview with Oprah Winfrey (!!!), Meghan Markle is in headlines battling unsavoury allegations—again.

A report published by The Times late Tuesday night claims that unidentified royal aides have come forward to show the public a side of Markle we haven’t seen—the “mean” side. Their statements include allegations of demanding and humiliating behaviour that ultimately led two personal assistants to leave Kensington Palace.

Now that the duke and duchess are no longer working members of the Royal Family, Markle is more at liberty to speak out against what her and Harry’s spokesperson calls a “calculated smear campaign based on misleading and harmful misinformation.” The couple released a statement in response to the allegations, refuting them as defamatory.

“We are disappointed to see this defamatory portrayal of The Duchess of Sussex given credibility by a media outlet,” the Sussexes’ spokesperson said in a statement provided to The Times.

Read this next: Meghan and Harry Are Officially Leaving Royal Duties—But What Does That Mean?

An additional statement from their spokesperson, made public by royal editor Chris Ship, reads: “It’s no coincidence that distorted several-year-old accusations aimed at undermining the duchess are being briefed to the British media shortly before she and the duke are due to speak openly and honestly about their experience of recent years.”

In the latest teaser for the Oprah interview, Markle is shown speaking about the Royal Family “perpetuating falsehoods” and questions how The Firm—the name she uses to refer to the family—could expect she and Harry to stay quiet about the scrutiny they faced while at Kensington Palace.

Their CBS tell-all interview airs at 8 p.m. (EST) on March 7, fittingly the day before International Women’s Day. Commenters online have been quick to note the suspicious timing of the latest accusations against Markle. Some have gone so far as to call it a smear campaign, with the goal of preemptively discrediting anything that the duo says in the interview.

“The duchess is saddened by this latest attack on her character, particularly as someone who has been the target of bullying herself and is deeply committed to supporting those who have experienced pain and trauma,” the duke and duchess’s statement continues. “She is determined to continue her work building compassion around the world and will keep striving to set an example for doing what is right and doing what is good.”

While Buckingham Palace very rarely makes statements to the media, they’ve had to since Markle joined the family in 2019 due to all of the harassment she received from British tabloid media. As far back as 2016, when they were only just linked together, Harry released a statement in Markle’s defence. Prince Harry did so again in 2019 in response to relentless media attacks. But on this latest allegation, the Royal Family doesn’t appear to be coming to Markle’s defence. On March 3, Buckingham Palace released a statement saying they’re “very concerned” and that they plan to look into the accusations. “The Royal Household has had a Dignity at Work policy in place for a number of years and does not and will not tolerate bullying or harassment in the workplace,” the statement finished.

Let it never be forgotten that while Prince Andrew was credibly accused of paedophilia, the royal family deflected by pretending Britain’s first Black princess was a bully

Meghan Markle has been the target of media critique for years, but where’s the same energy for Prince Andrew?

In addition to noting that the media’s lashing out at Markle—who has been a target of public ridicule and racism since she and Harry were first spotted together—days before their big tell-all interview airs is pretty darn sketchy, commenters online have been pointing out the hypocrisy in the way they royals are written about generally, notably the fact that no media has come for Prince Andrew with nearly as much vitriol as what Markle experiences.

ICYMI, Prince Andrew was embroiled in one of the biggest scandals ever to hit the Royal Family. In 2019, the Duke of York sat down for an interview with BBC Two to discuss his connection to convicted sex offender, the late Jeffrey Epstein.

Read this next: Meghan Markle and Prince Harry Signed a Production Deal With Netflix

Despite his close connection to Epstein—Prince Andrew maintained his friendship with him for years despite his conviction—and a very damning allegation from Virginia Roberts Giuffre accusing the prince of being one of Epstein’s regular clients, as well as photos of them together—the duke hasn’t faced nearly the same level of scrutiny that Markle has. He eventually stepped away from his royal duties, and that was that.

“From the beginning of Meghan and Harry’s relationship, the media emphasized how different she was from other women who had married into the Royal Family,” Carolyn Harris, a royal historian and University of Toronto lecturer, tells FLARE. “Coverage of Meghan and Harry has become closer to celebrity coverage where there’s constant scrutiny of all aspects of their lives, whereas coverage of Prince Andrew is intense when there’s a new development … then less attention in the press until the next major development.”

“In 2019, there was a very strong negative reaction from the press and public to Prince Andrew’s interview with the BBC where Andrew described Epstein’s mansion as a ‘convenient place to stay’ and did not express any compassion for Epstein’s victims until he issued a statement after the interview,” Harris continues. “Since Andrew disappeared from public life, there has been comparatively little press coverage of his activities, and the current press coverage mostly focused on whether he will speak to the FBI.”

Meanwhile, during this period The Mail went to extreme lengths to dig up Meghan Markle and Prince Harry’s flight records, while practically ignoring what was happening with Epstein. Instead of scrutinizing Prince Andrew, the topic of focus by the media remained on Markle’s private jets, pricey home renovation, yoga habits and more.

The comparison between how these two royals have been portrayed in the media isn’t new, but it bares repeating in light of the new allegations against Markle—and the Twitterverse is calling out the double standard.

“The character assassination of Meghan Markle by the press is insane and so blatant,” Troy the Magician wrote on Twitter. “Yet Prince Andrew is out here… Let me not even start.”

The character assassination of Meghan Markle by the press is insane and so blatant! Yet Prince Andrew is out here…. let me not even start

Another Twitter user wrote: “Imagine for a moment if we lived in a world where the media scrutinized Prince Andrew as much as they do Meghan Markle.”

“This country is too cowardly to hold a royal member to account, unless they’re American and Black. Then they’ll hold them to account for simply existing,” another person tweeted.

Some Markle defenders have gone so far as to make claims that the British tabloid media offered money to psychologists and former friends and colleagues of Markle to contribute lies about her for their articles.

The media harassment has even entered courtrooms, with Markle just recently being awarded $625,000 towards her million-dollar legal fees after winning a privacy claim against the Mail on Sunday, which printed extracts of a letter she wrote to her father, Thomas Markle, before her wedding.

And Harry and Meghan have faced far harsher consequences IRL, too

Beyond the media’s unfair portrayal of Meghan Markle vs. Prince Andrew, the consequences the two have faced for their alleged actions are also way out of whack. While his connection to Epstein meant Andrew has stepped away from his royal duties, he still lives in Windsor, continues to work with some of his charitable organizations (though many of dropped him) and he hasn’t lost his military titles.

Prince Harry loses all his royal privileges while Jeffrey Epstein’s BFF Prince Andrew gets to keep his. Got it.

Meanwhile, Markle’s entire character is called into question time and again. She’s been critiqued for things as minor and ridiculous as wearing trousers, she is constantly pitted against her sister-in-law Kate Middleton, and has basically ben forced to flee Britain for the sake of her and Harry’s mental health. Andrew has never had to defend his relationship to Epstein, save an optional interview with NBC, while Markle has had to defend herself against racist remarks, rampant sexism and supposedly trying to climb a social ladder by marrying royalty.

Luckily, the recent allegations haven’t seemed to take steam out of the excitement of Harry and Meghan’s interview with Oprah—if anything, the public seems even more keen to tune in now.

The smear campaign against Meghan is just giving the Oprah interview good publicity: now even more people are gonna tune in to find out what happened. I didn’t really care about watching it and now I want to watch it!

Hopefully, if not clearing Markle of these allegations, the interview will at least put on display just how unfairly she’s been treated.